A long weekend in Brisbane called for a wander to Sydney to hang out with Perth friends.

Being from the west coast of Australia, it’s so nice being able to jump on a one and a half hour flight and go from one major city to the next on the east coast. We were blessed with beautiful sunny spring skies for most of the weekend which made outdoor wanders easy.

I was supposed to be flying Friday night but my flight got cancelled a couple of hours before it was due to depart so it got rescheduled to the Saturday morning. I was happy with the outcome though as I had a row to myself on the flight and an amazing view of the harbour flying into Sydney. 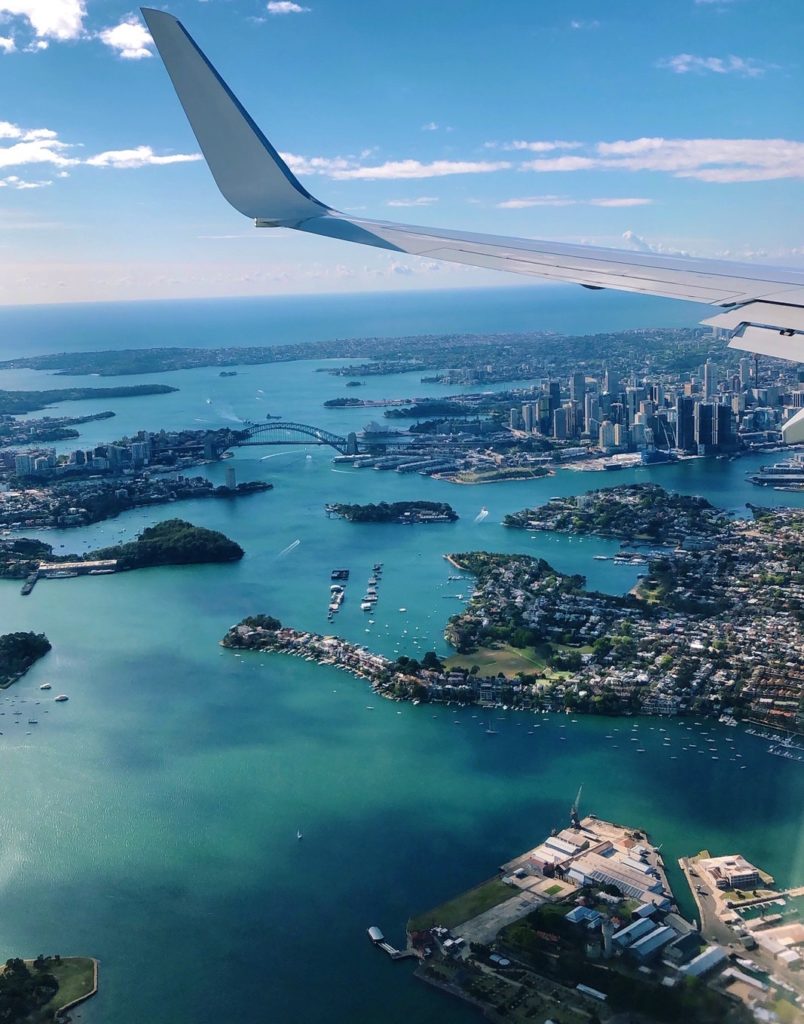 There’s a reason I always choose the window seat 🙂

When I finally arrived, it was an Ola Cabs (much better airport rates than Uber) to my friend’s apartment where I freshened up and then we headed out for AFL grand final day.

We walked down to the picturesque Wendy’s Secret Garden and Lavender Bay in North Sydney with amazing views overlooking Sydney Harbour. We took the ferry near Luna Park across the river which is an easy and convenient way to get across the harbour. 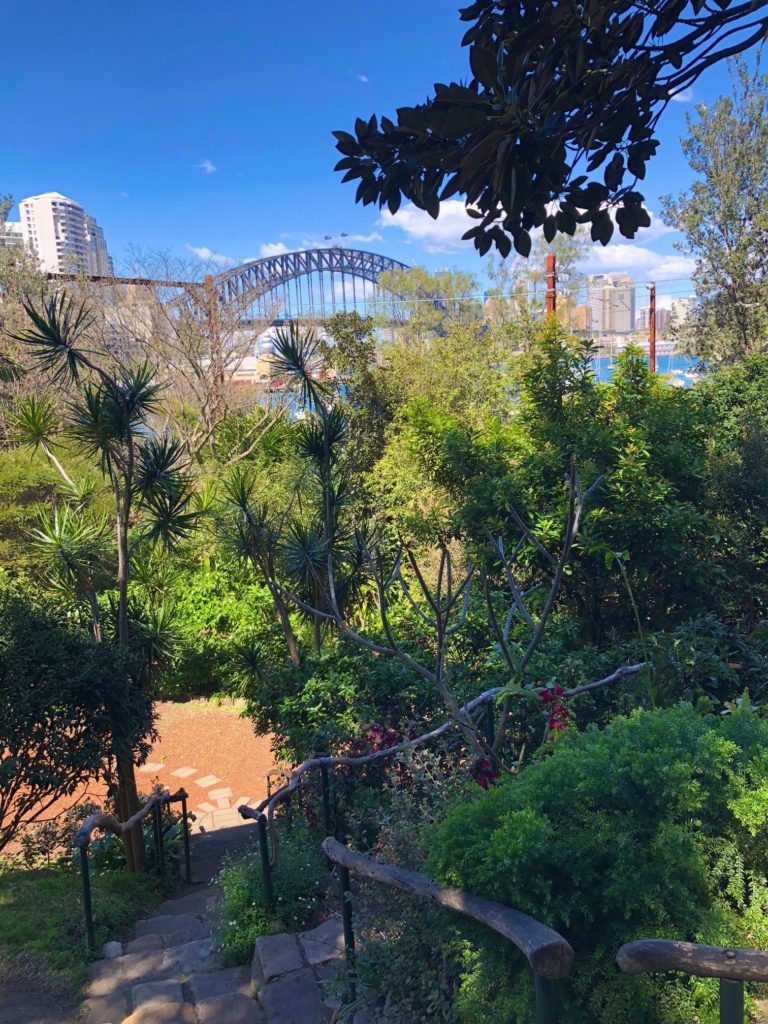 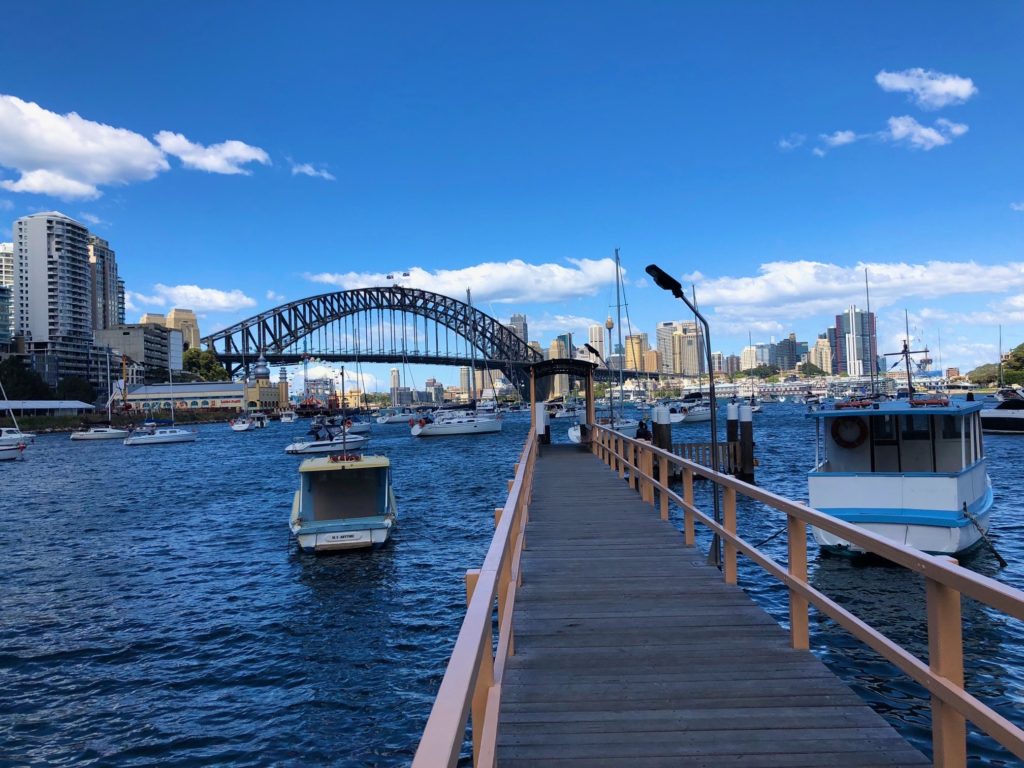 We went to Trinity Bar in Surrey Hills to watch the grand final as my team was in the final (otherwise we wouldn’t have wasted such a beautiful day indoors). We got there for a late lunch and shared a bottle of wine before a celebratory champagne when they won.

We went to The Winery, which had a ferry-lit garden oasis, for another wine before meeting our dinner reservation at Lebanese tapas bar SaltVine. We shared the cheese cigars, slow-cooked lamb shoulder and fattoush salad – it was all really delicious but a shame our appetite wasn’t quite there! Somehow we managed to squeeze in a Gelato Messina before night’s end. 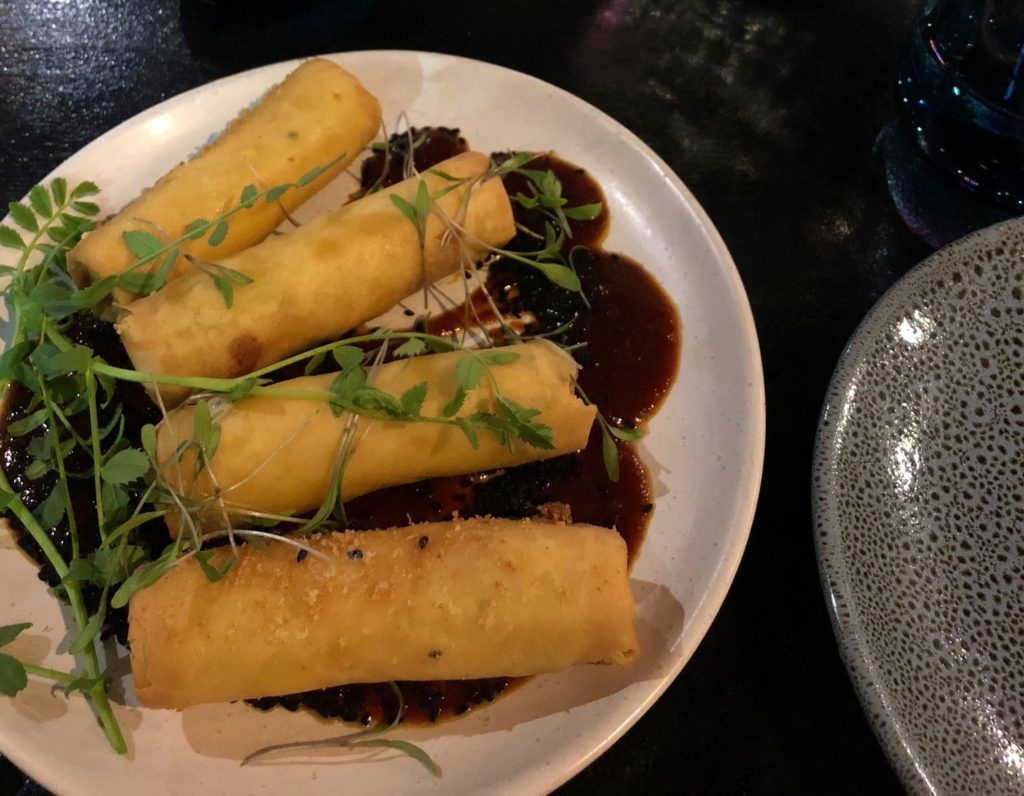 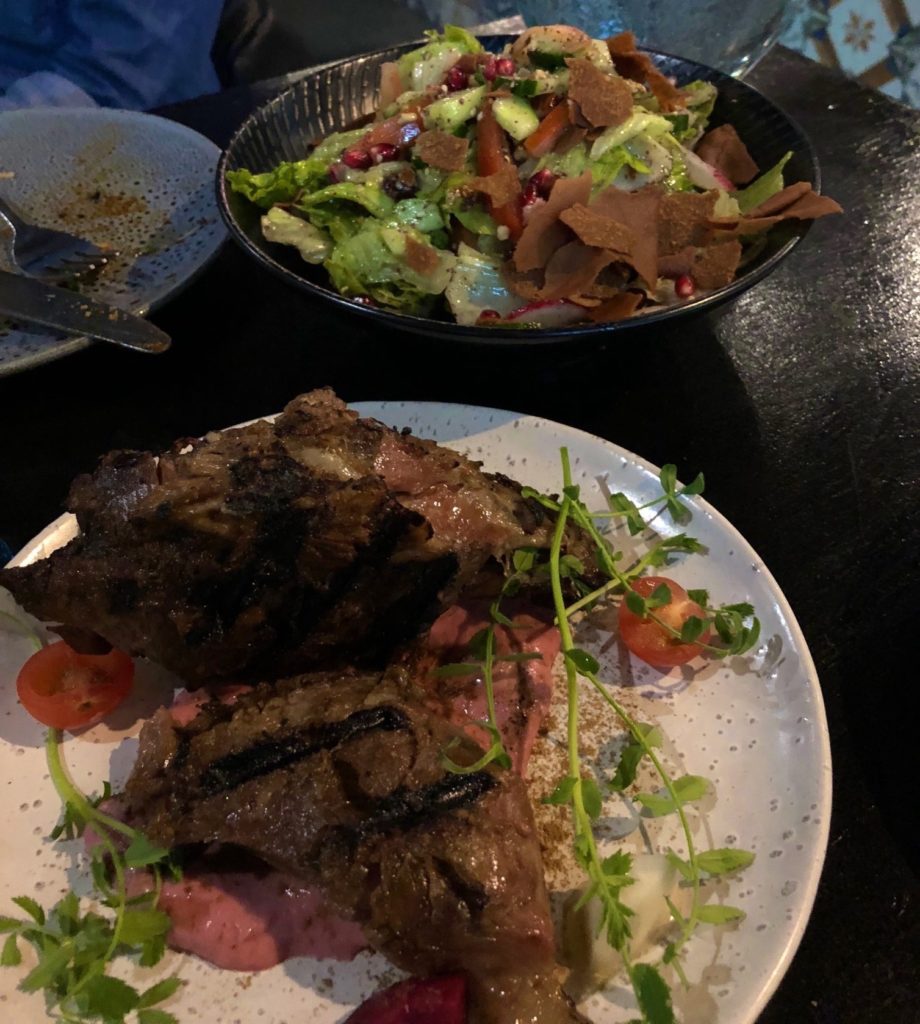 On Sunday we ventured to Watsons Bay by ferry via Circular Quay and Rose Bay. We walked around The Gap, Camp Cove (cover image) and to Hornby Lighthouse enjoying the scenic views overlooking the city and harbour. We rewarded ourselves with lunch and Aperol Spritz at Watsons Bay Hotel after, which was great people watching. 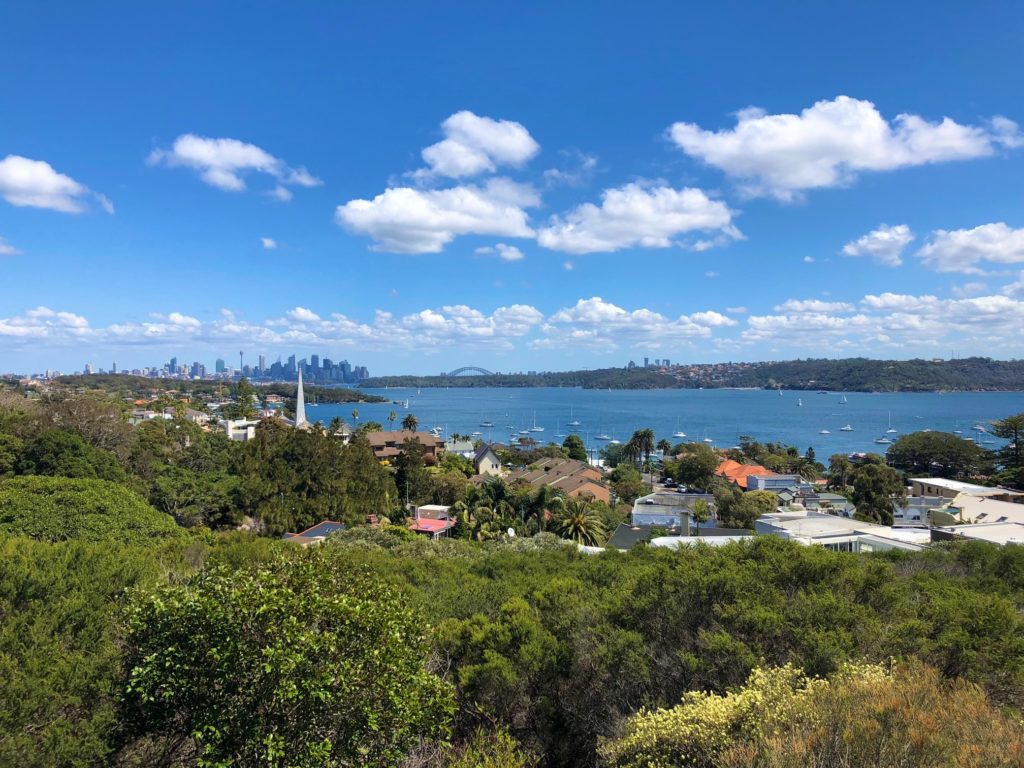 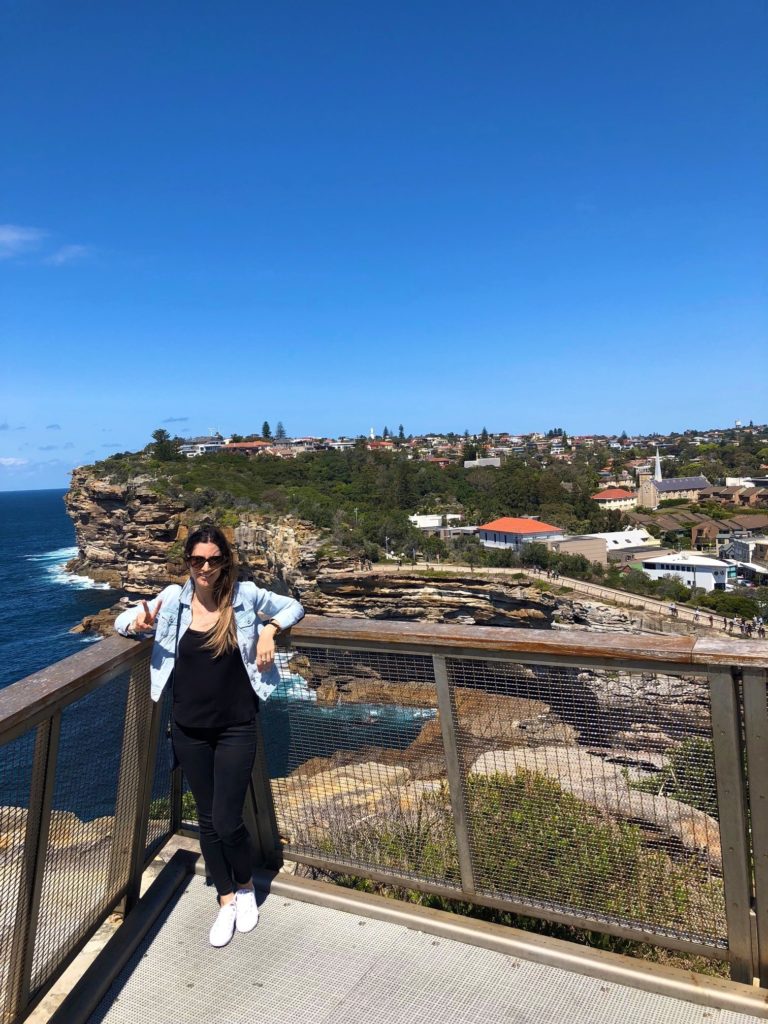 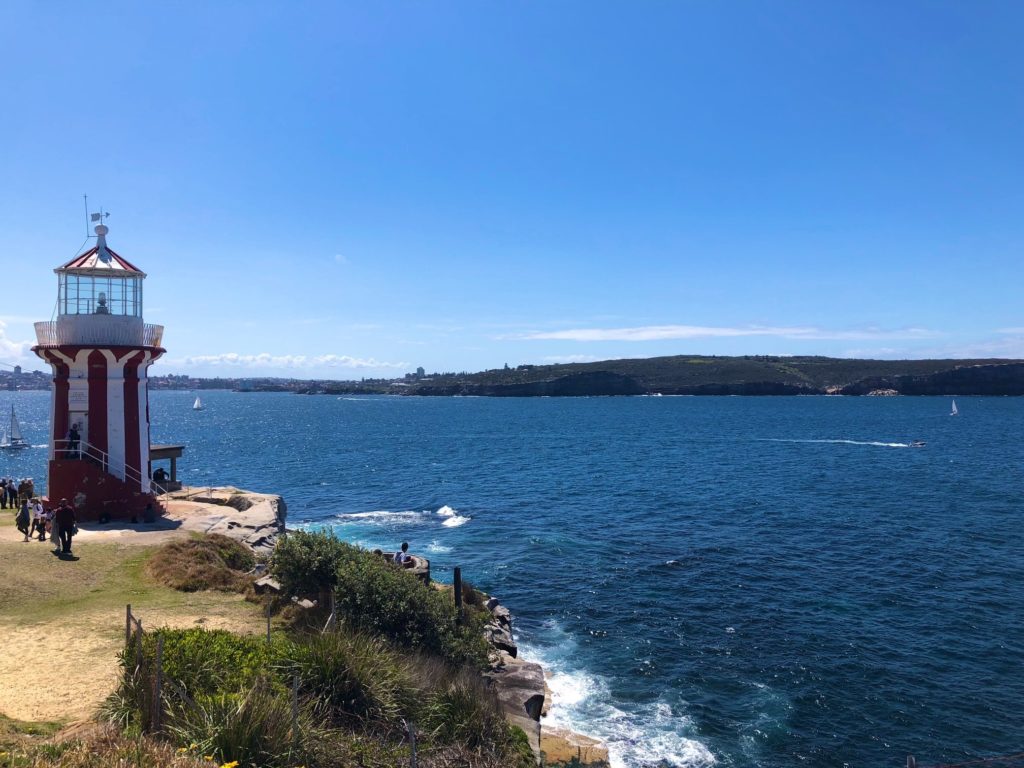 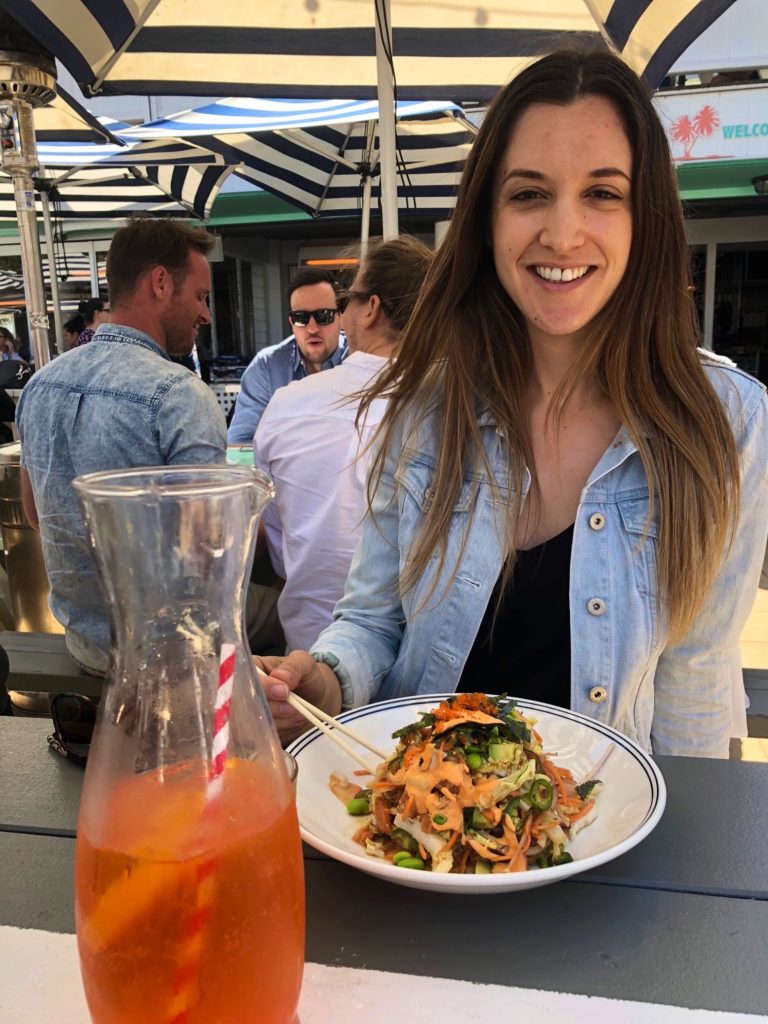 Sunday night my friend got us tickets to the NRL Grand Final which was great atmosphere having a local team in the final, who won also. 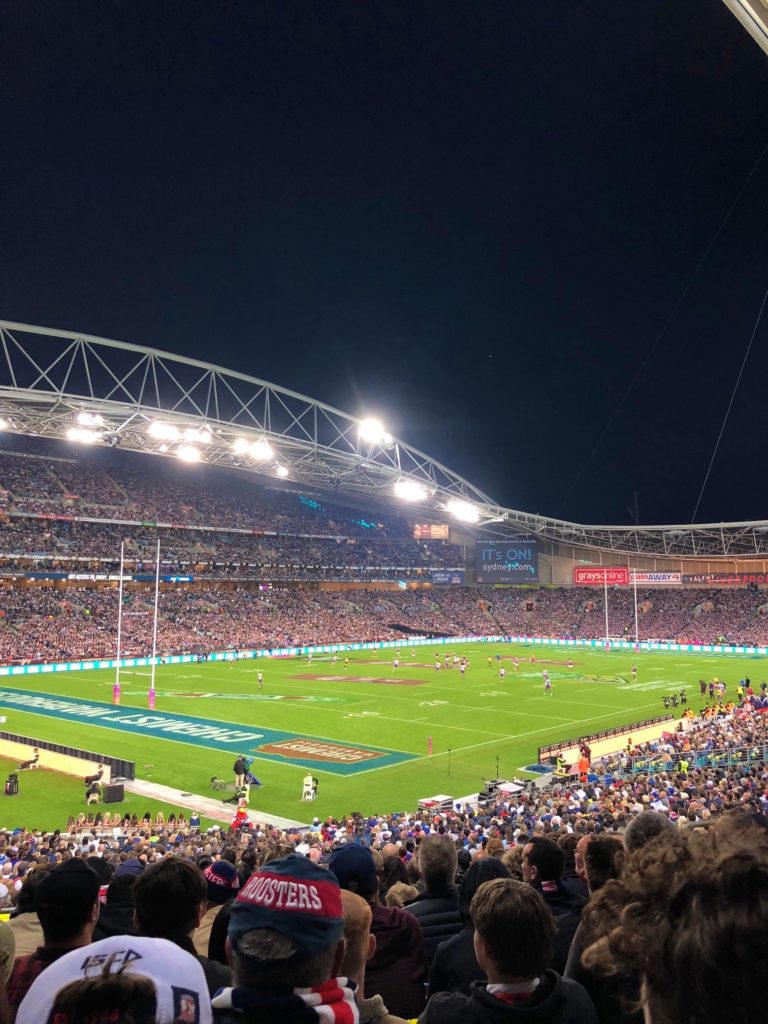 On Monday we visited Palm Beach (Summer Bay), a northern suburbs beach. It was about an hours drive from North Sydney, although the traffic was a little heavier due to the public holiday. 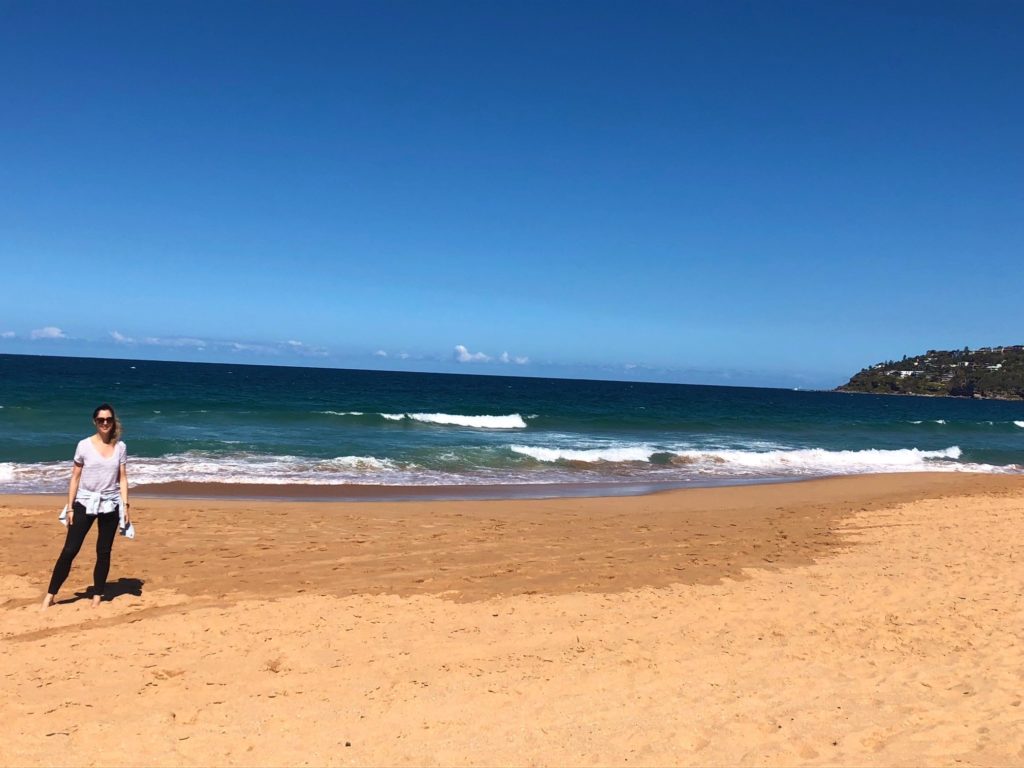 We checked out the bay, the creek, walked up to Barrenjoey Lighthouse via the steps (there’s a trail option) which took about 30 minutes and was a good workout – you just have to manoeuvre the other visitors – The Boathouse (diner) which we were going to lunch at but it was too busy, and the surf club. 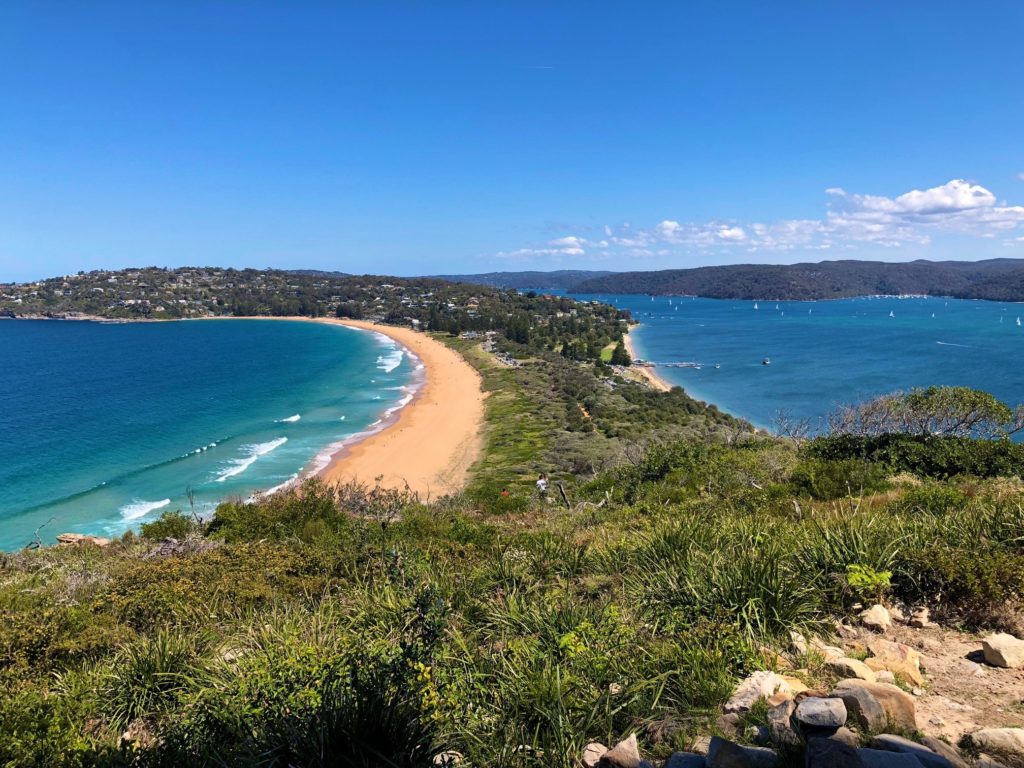 Overlooking Summer Bay from the lighthouse – the beach to the left and the creek to the right. 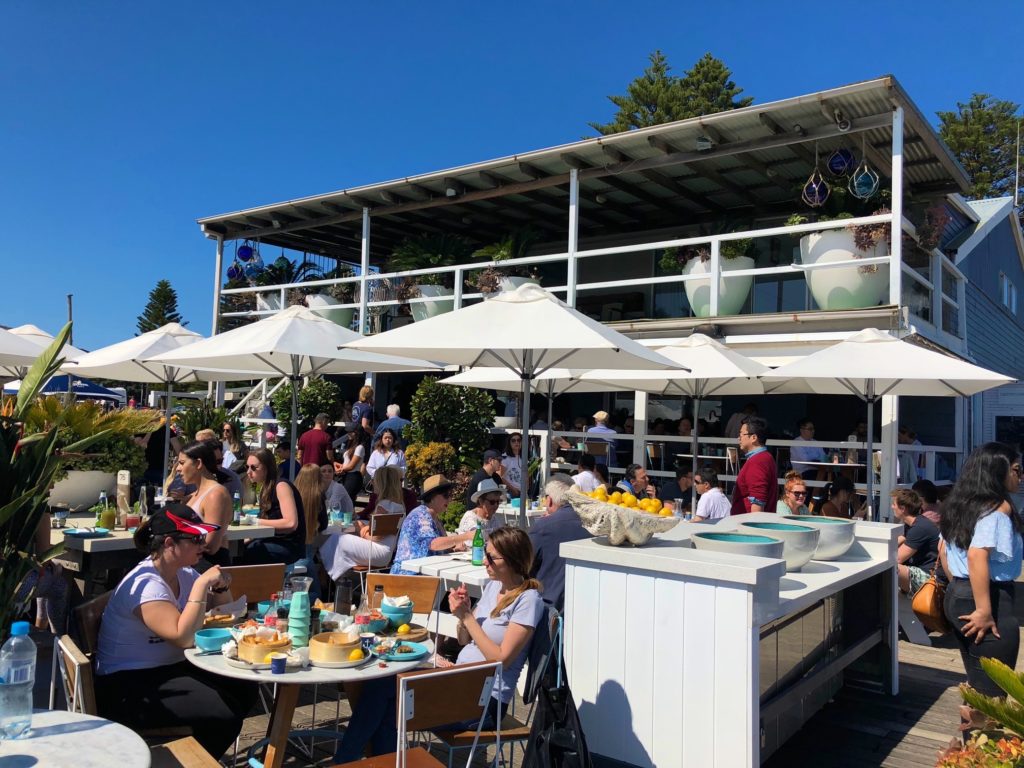 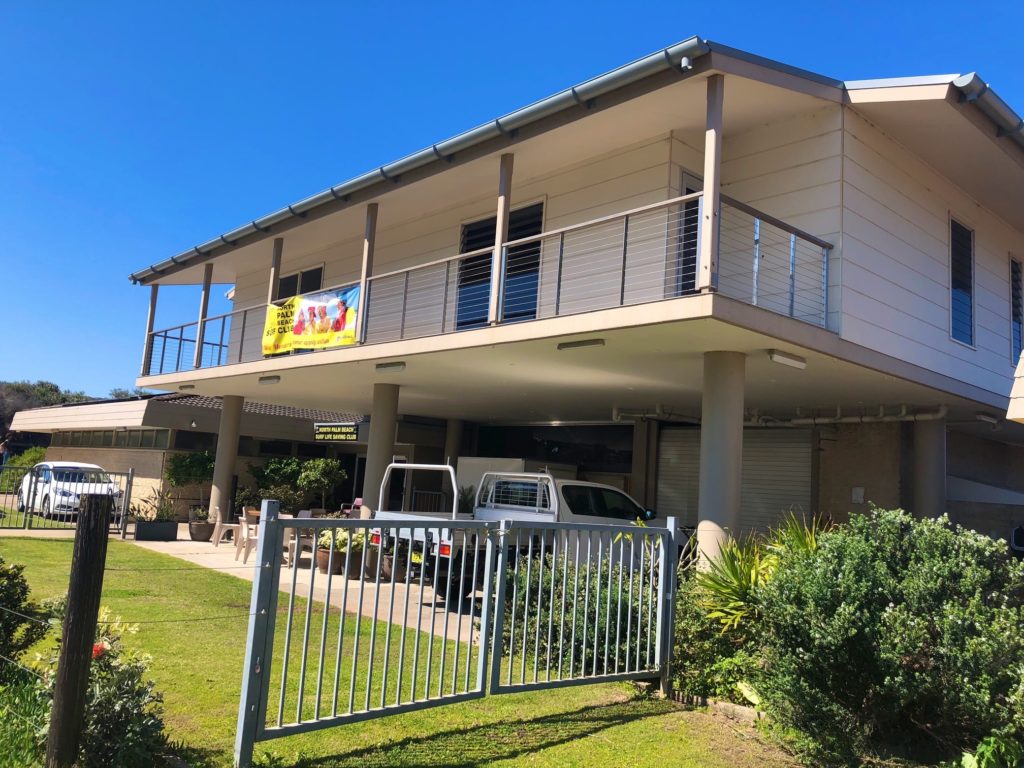 Instead we went to The Newport for lunch in the Newport Beach area. It had a mix of food stations and bars and I was craving a good fish and chips. 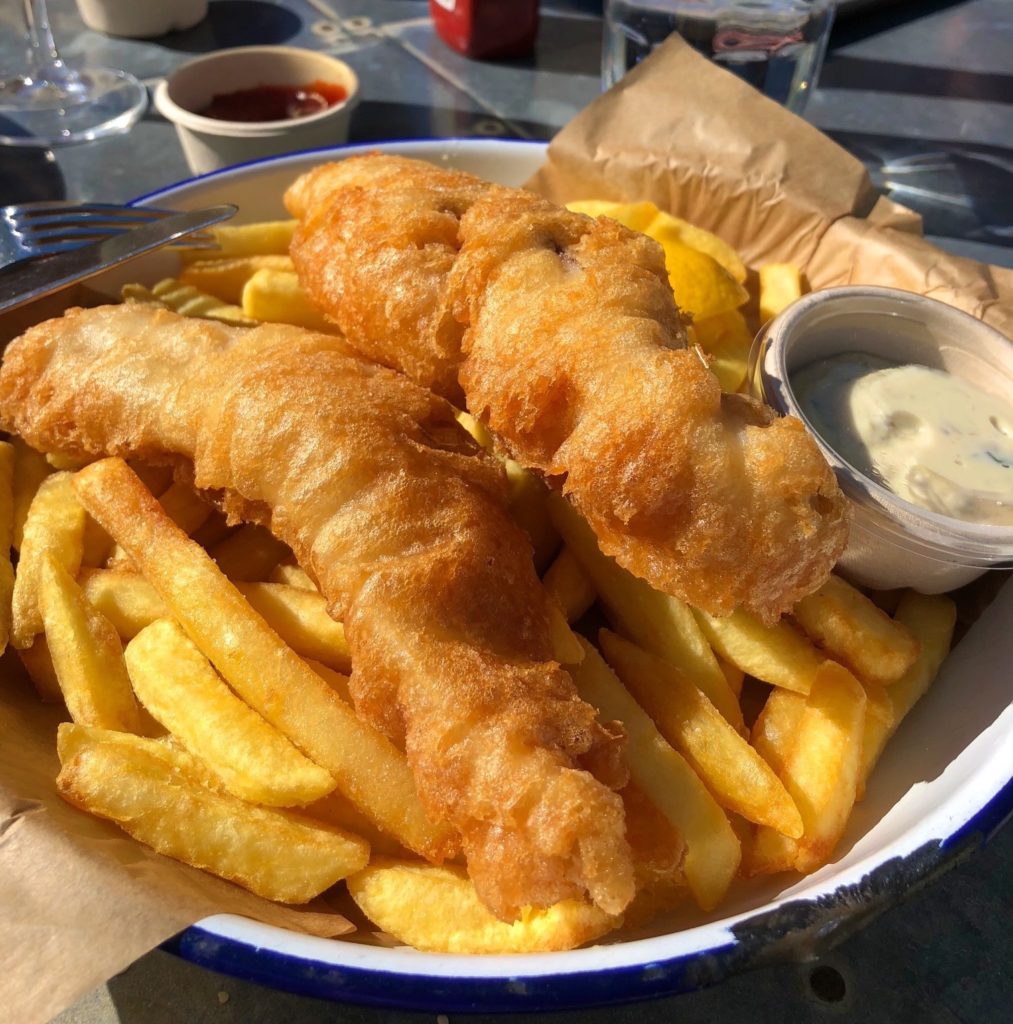 Fish and chips at The Newport

We finished the long weekend with a quick visit to Coogee Beach and a drink at Coogee Pavilion which had nice views over Coogee Beach from the rooftop bar. 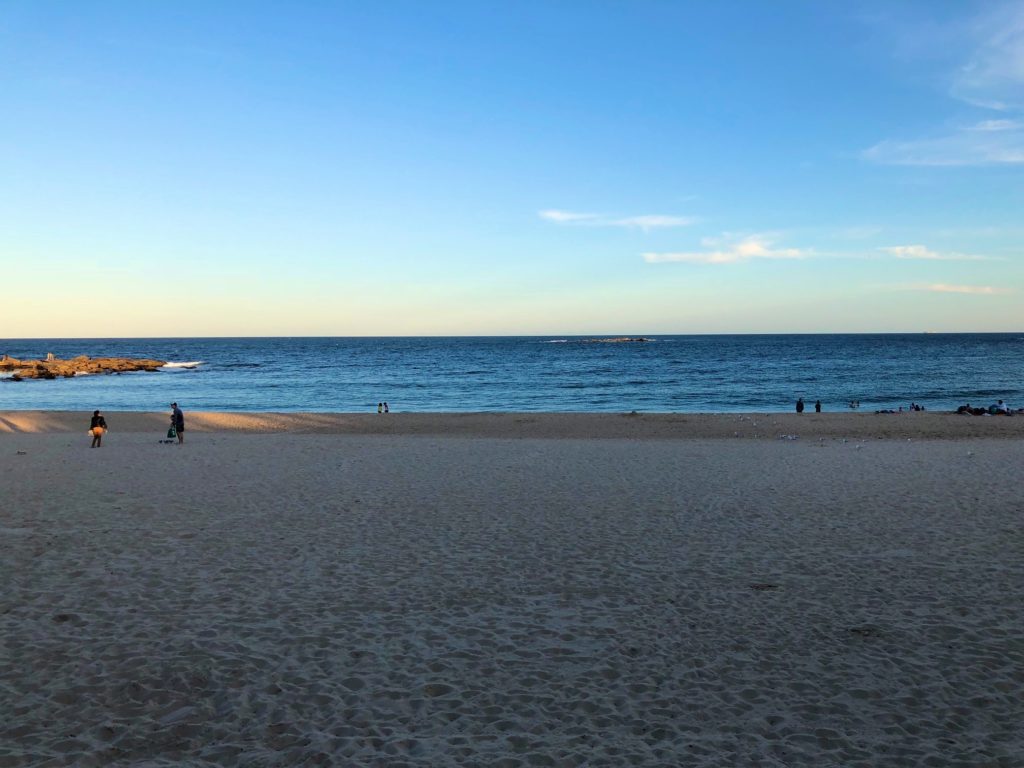 My next wander is to Byron Bay in a month when my best friend visits. I’m super excited and can’t wait!

Grateful for wanders had 🧡🌊🙏 #batemansbay

Reflecting on a soulful weekend 💛 #canberra #re