Seeing in the new year

I always knew I wanted to spend the New Year out of town and had a really good feeling something would come up last minute.

Lucky for Emily and I, a few week’s out a studio flat in Prevelly on the beach in Margaret River popped up at year old prices – winning! 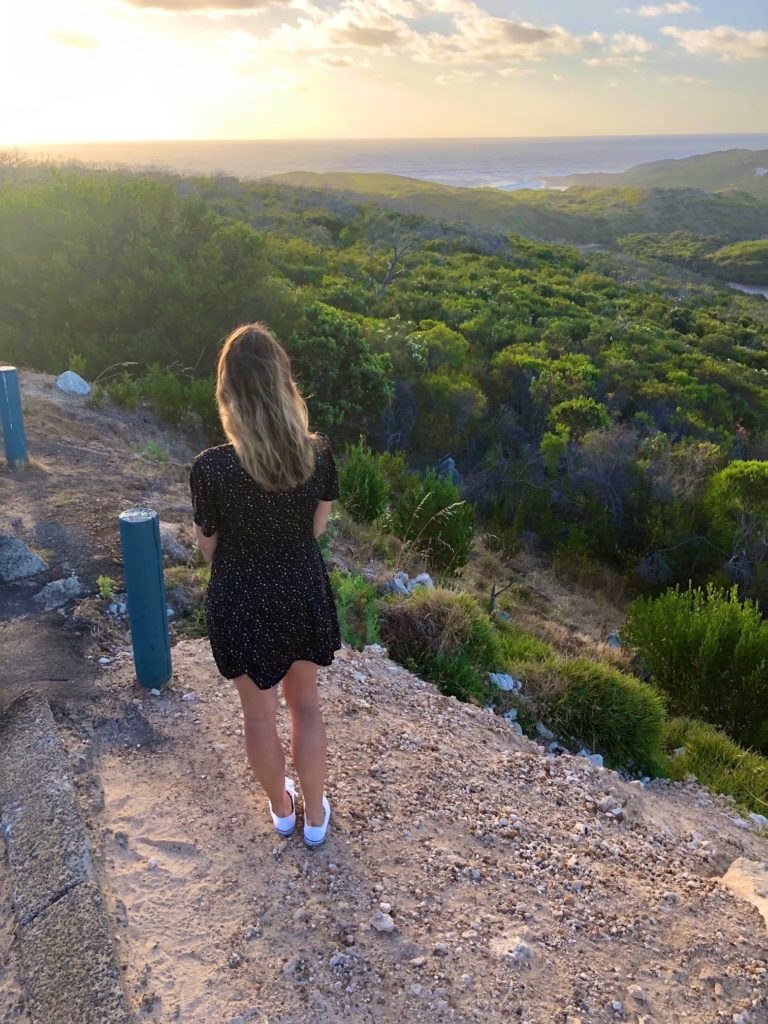 We were only down for three nights but it was the perfect mix of nature experiences by day and social outings by night.

On the way down we stopped by Meelup Beach and I attempted stand up paddle boarding for the first time. It was a really windy day so I spent most of the time trying to not be swept out to sea. But Emily was very proud of me for standing and paddling in such conditions. I will have to have another go on a still day. 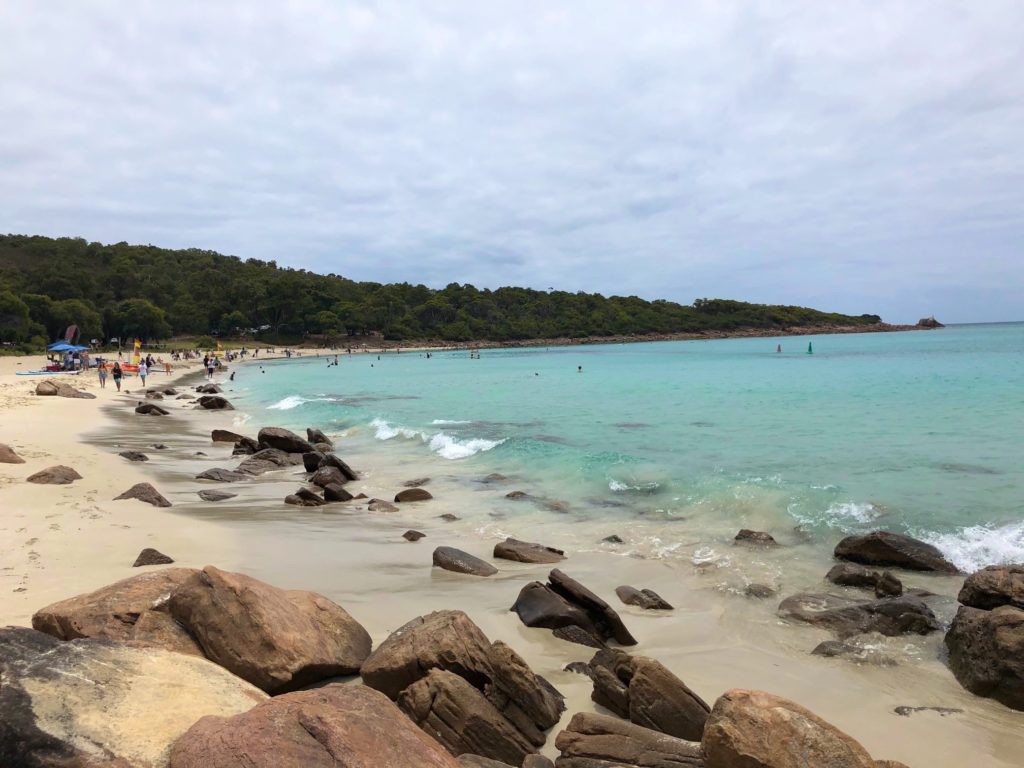 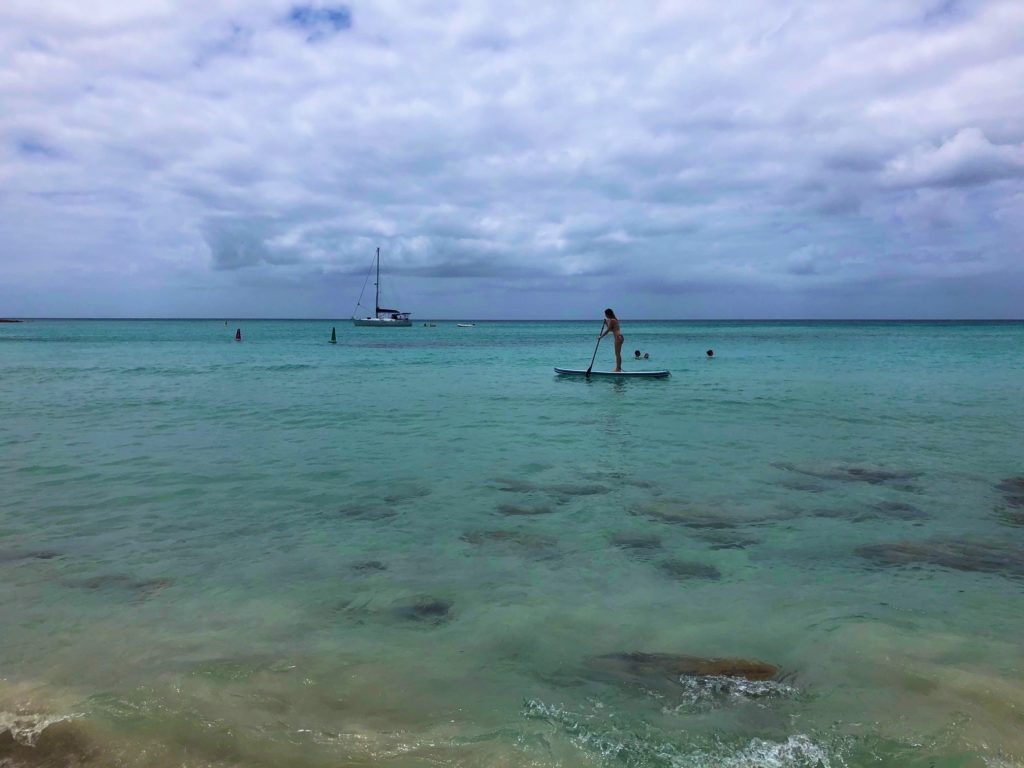 We settled into Prevelly with sunset drinks at The Sea Garden Cafe. It wasn’t the best weather with on and off rain but there was a DJ playing and it was a really nice setting. After dark we walked to The Common Bistro for dinner. 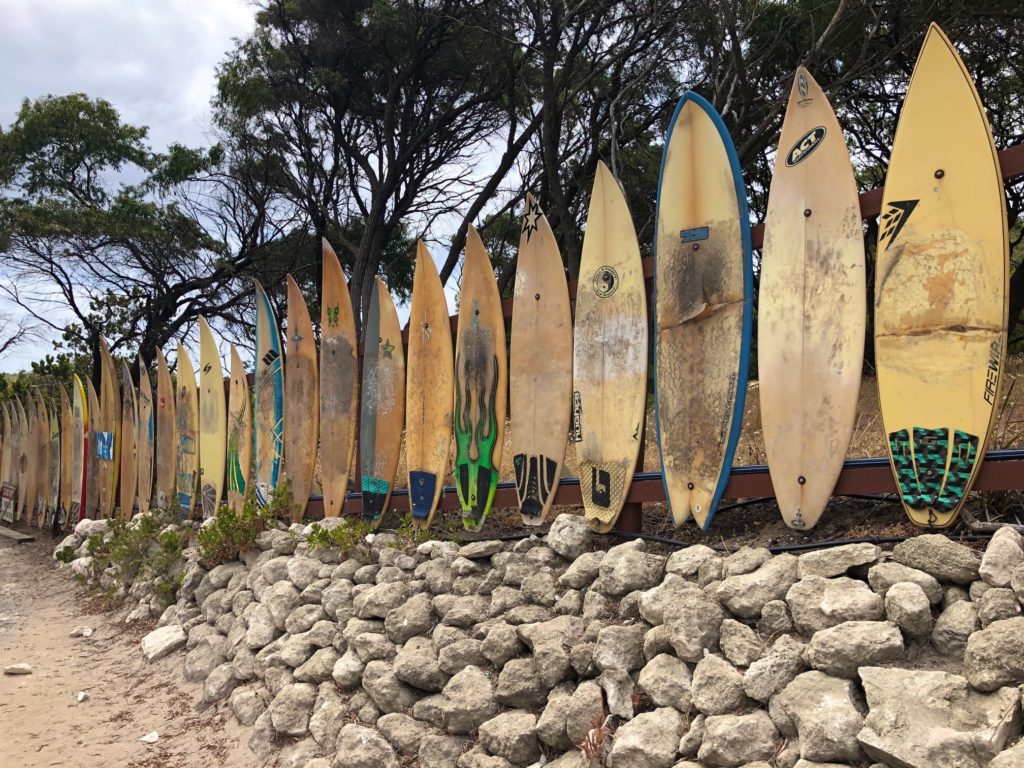 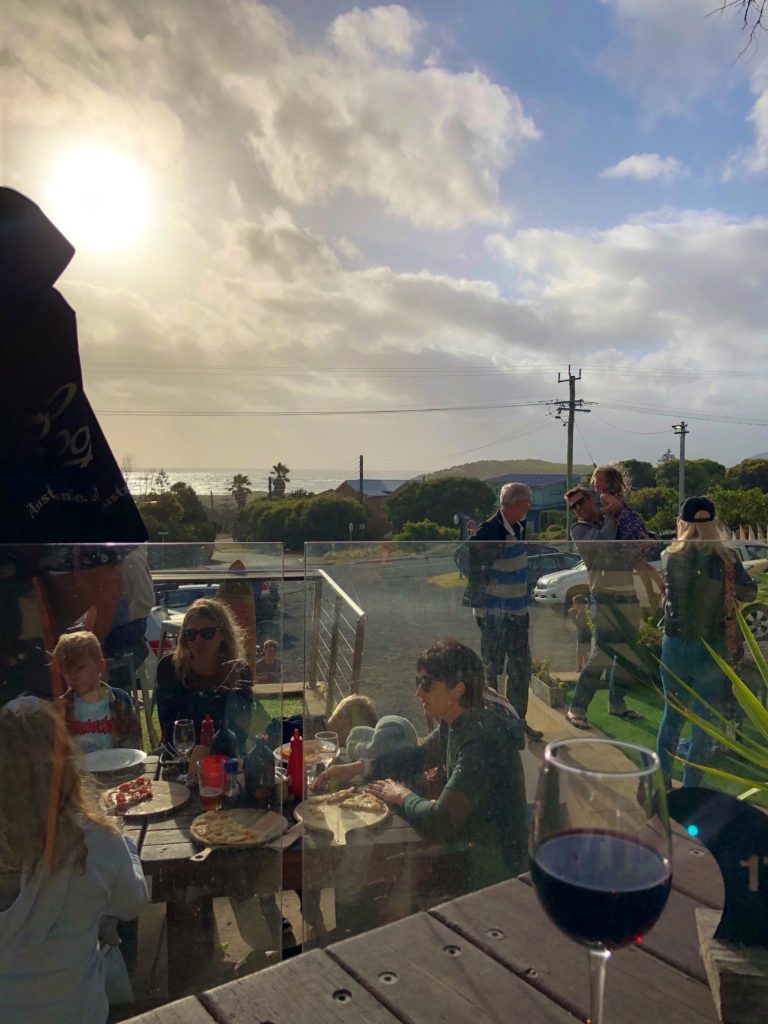 The next morning we had a good breakfast at White Elephant Cafe opposite Gnarabup Beach before making our way to Redgate Beach to walk the Cape to Cape track to Conto Beach. 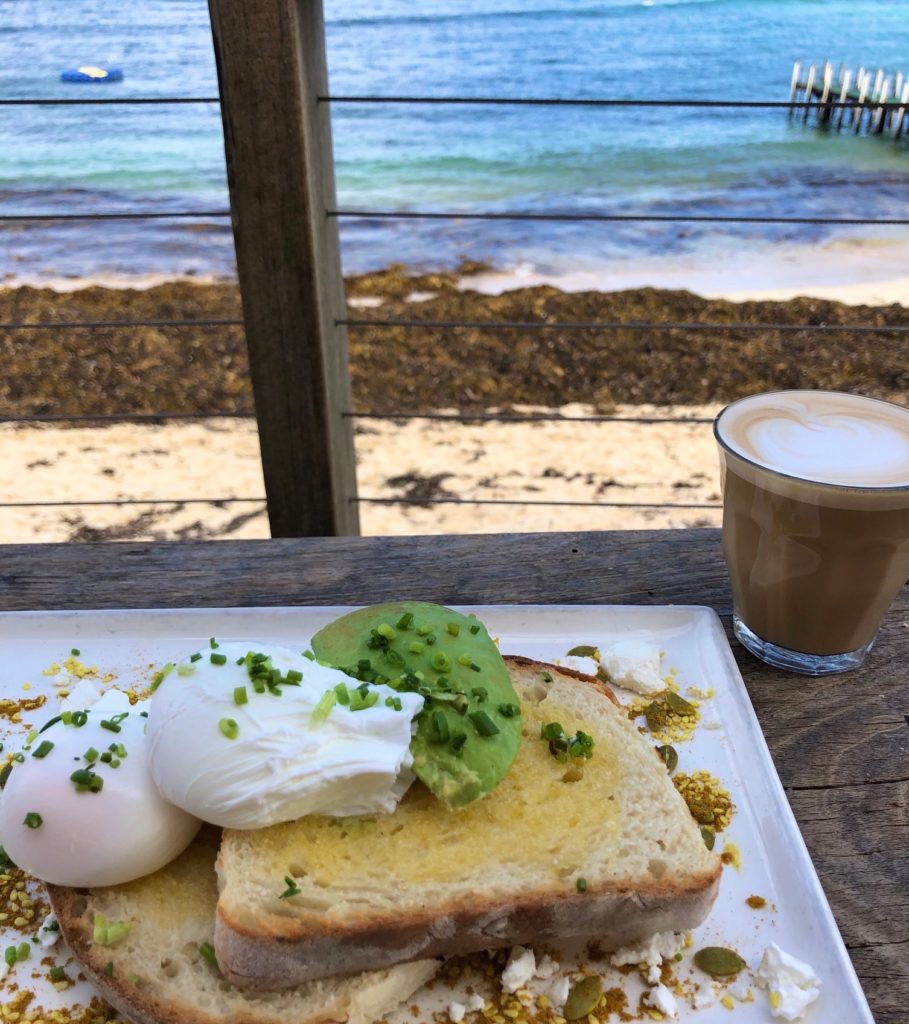 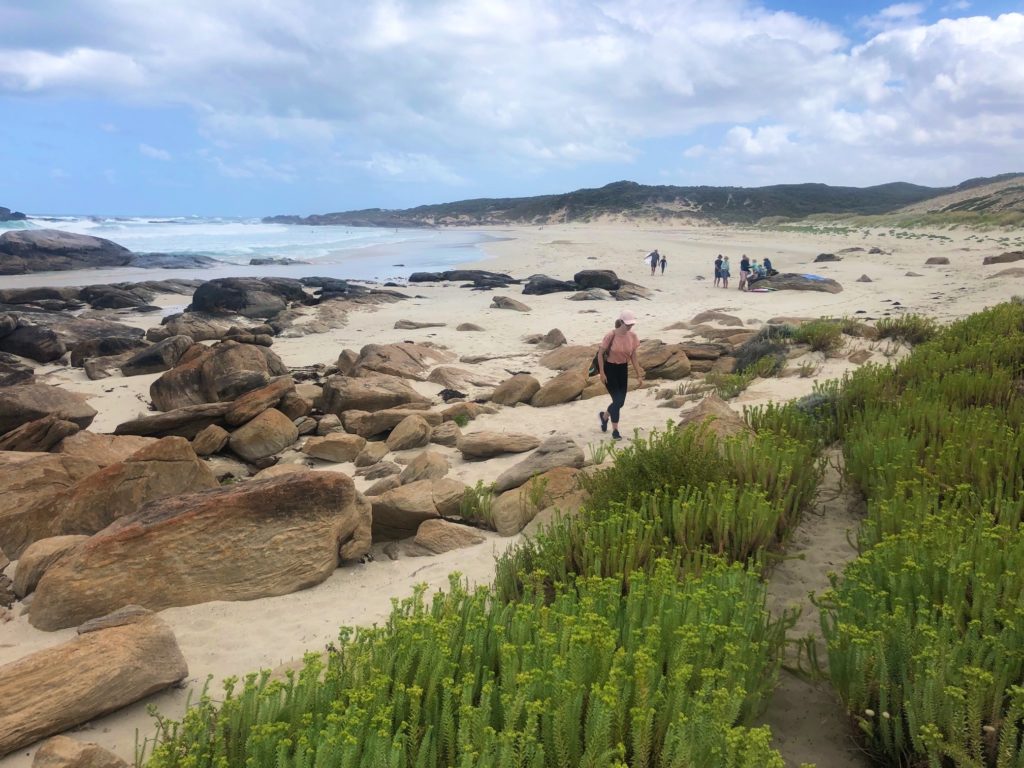 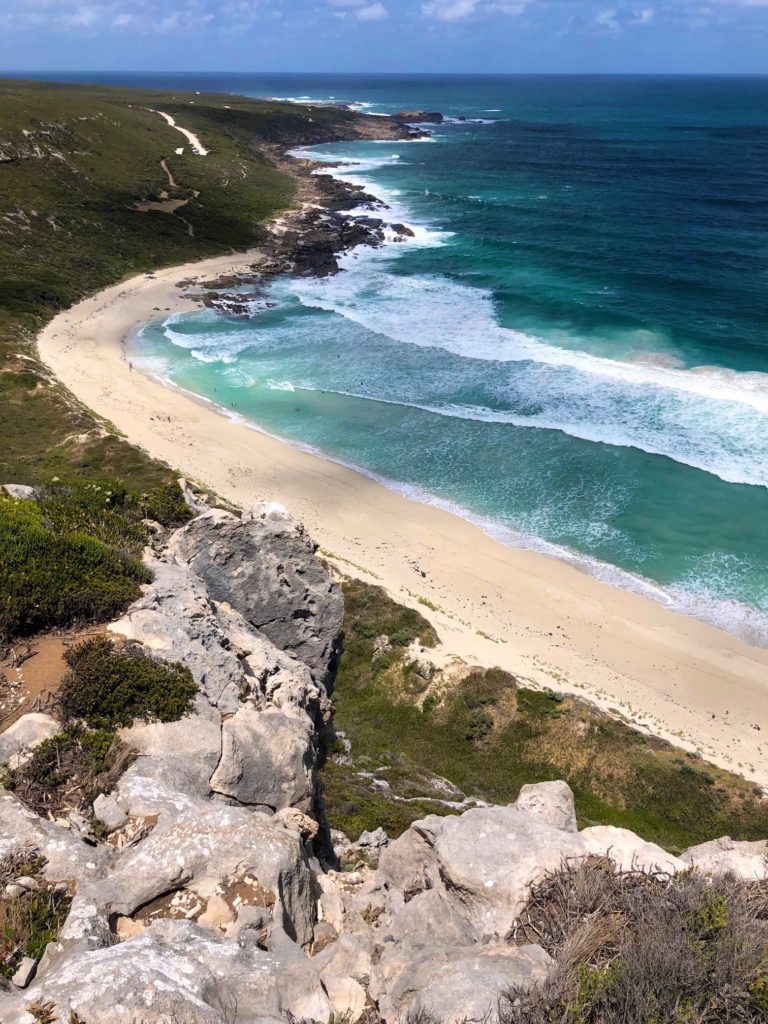 It was a scenic 7km walk with a lot of beautiful views above cliff edges. We had a swim at Conto Beach which was rough like a washing machine on this particular day. 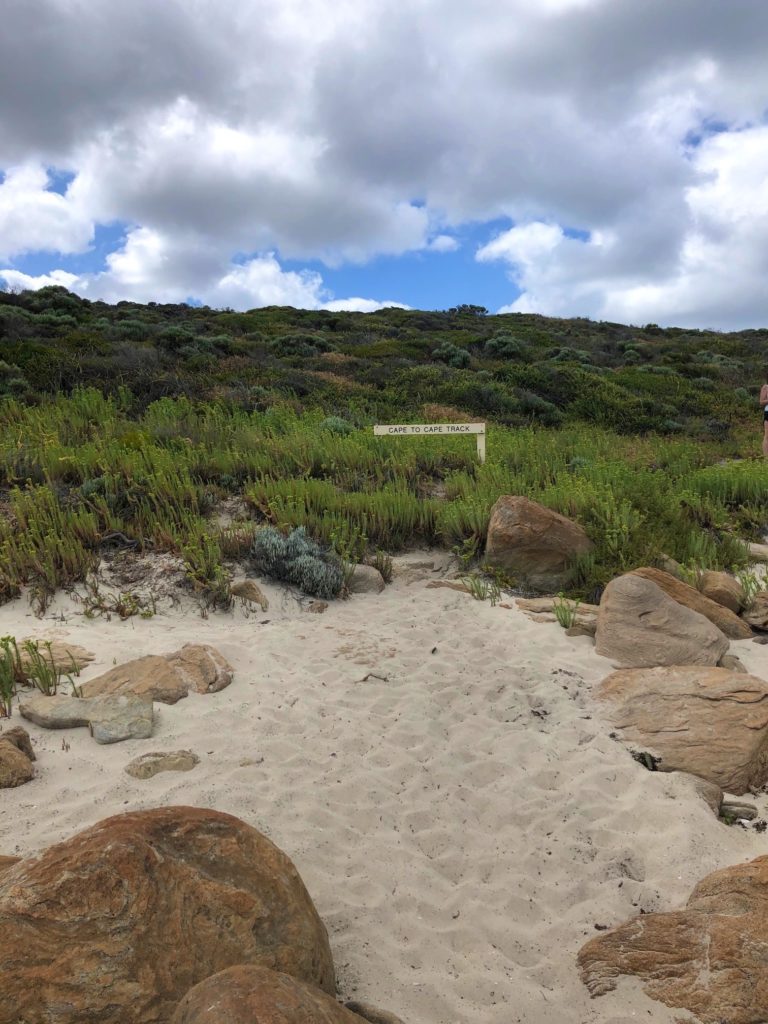 Start of the Cape to Cape track 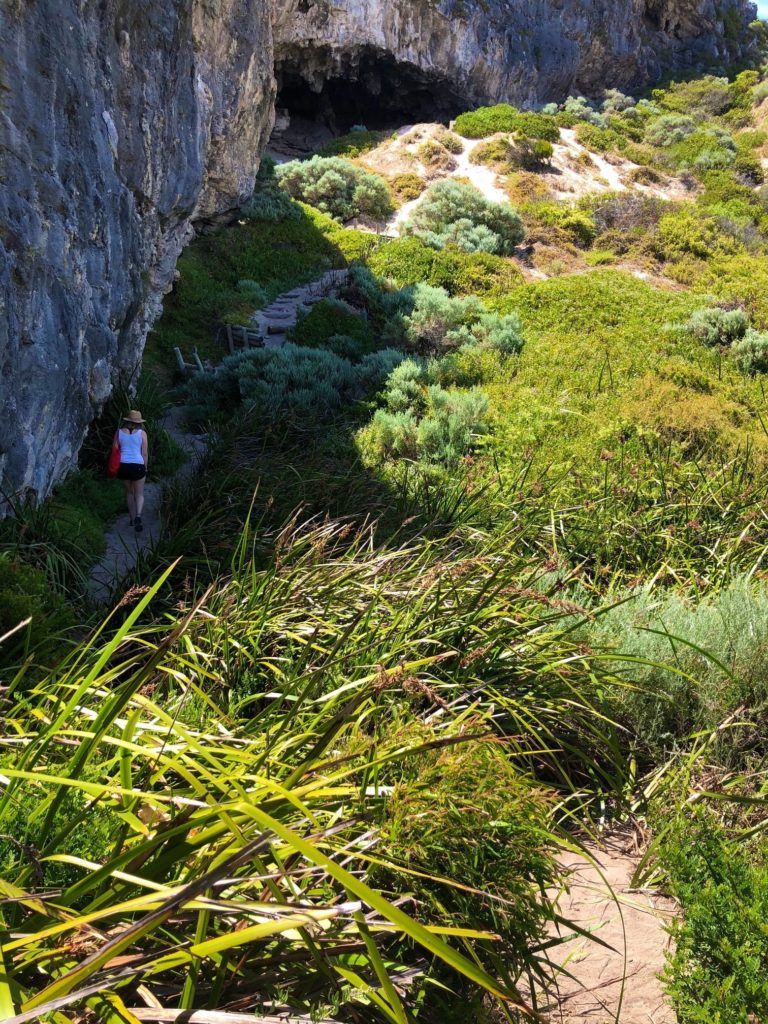 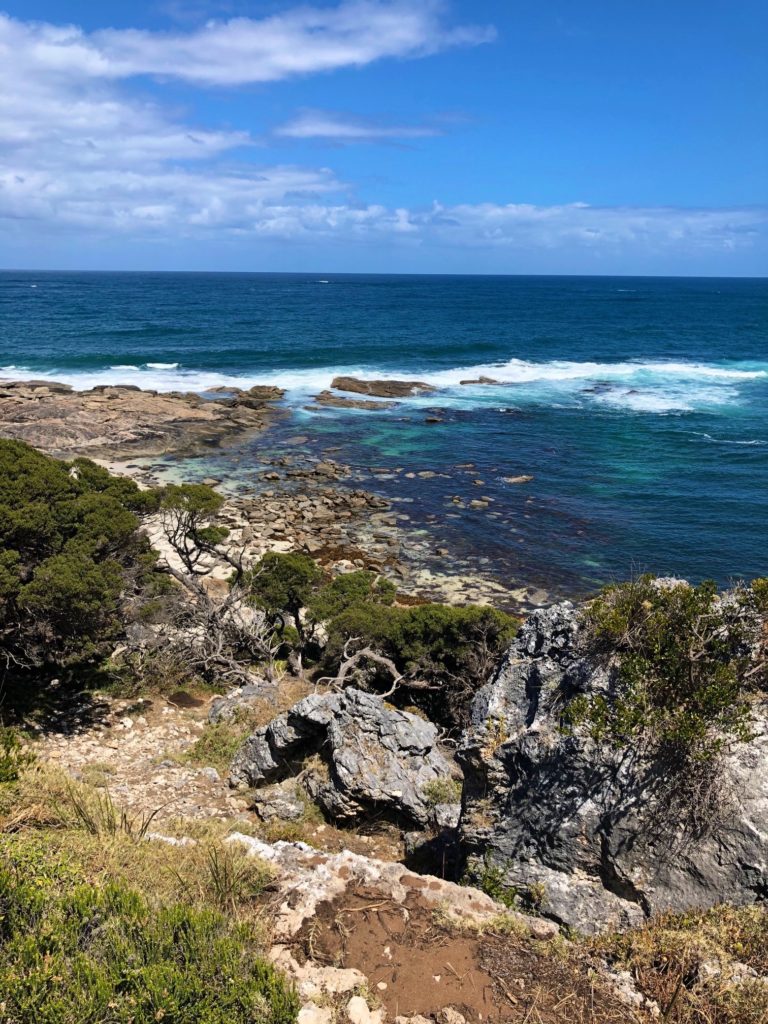 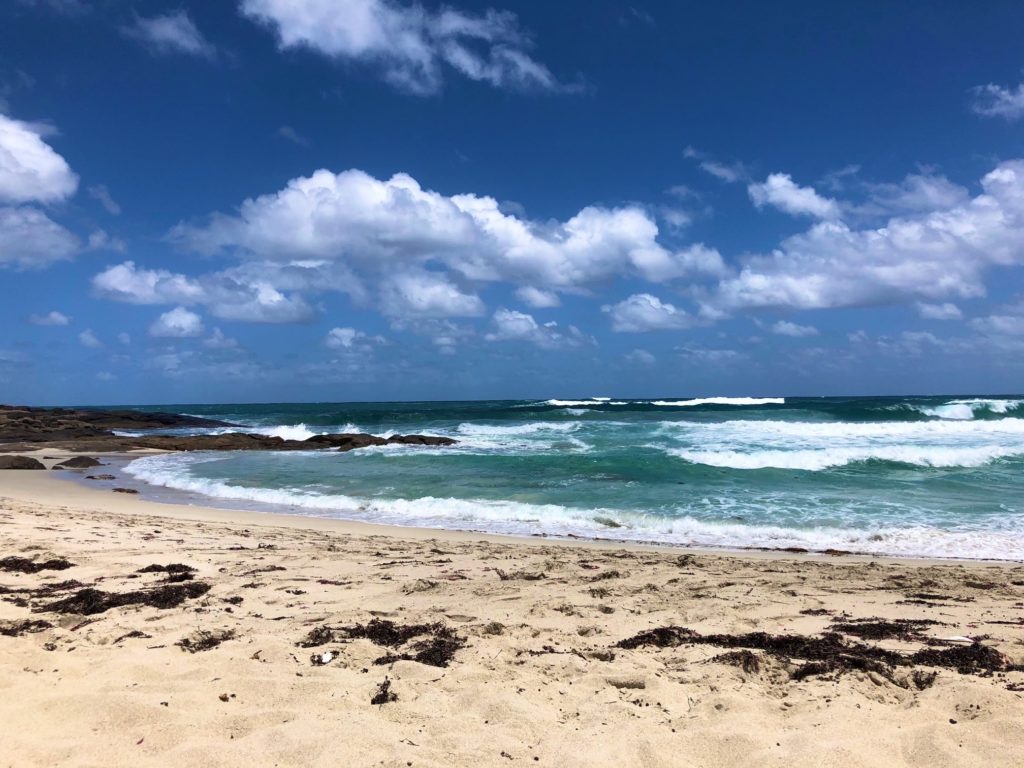 After our swim we had to make the journey back – would recommend having a pick-up organised so you don’t have to return journey. We didn’t want to trek back through the road track so decided to climb the sandy cliff which was intense but felt a lot quicker! Once we got back to our car we were in dire need of some food and rest. 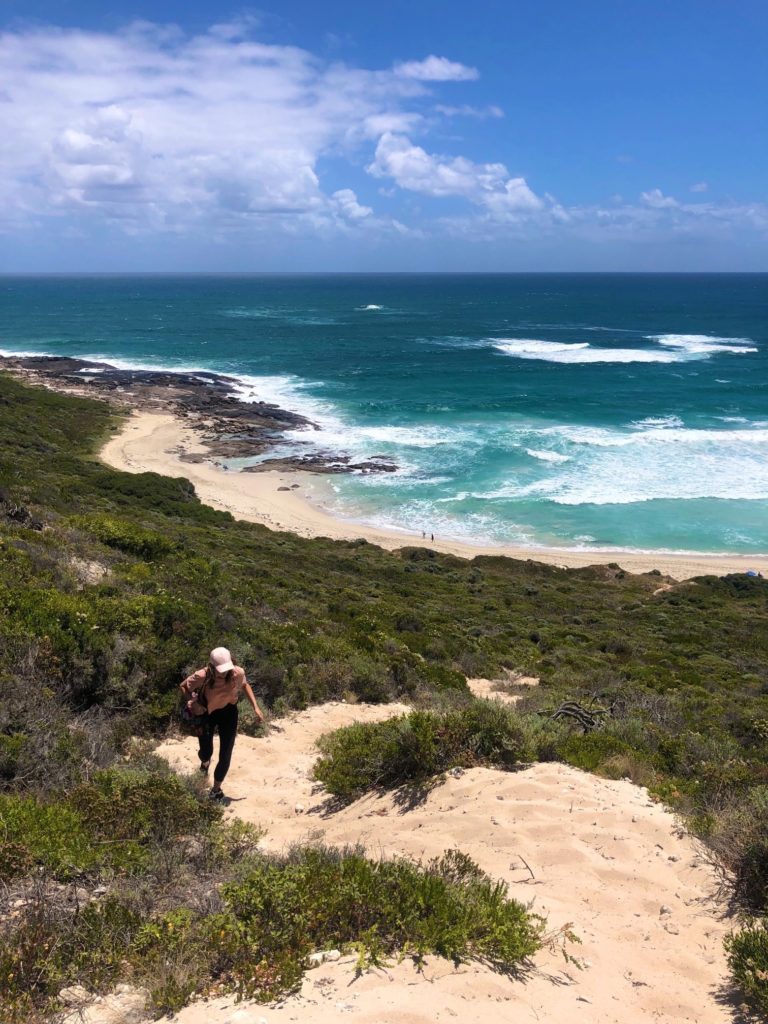 Climbing up the cliff on the way back

That night we ventured into Margaret River town for dinner at Arc of Iris with a lovely plano man playing and a drink at oldie but goodie Settlers Tavern. 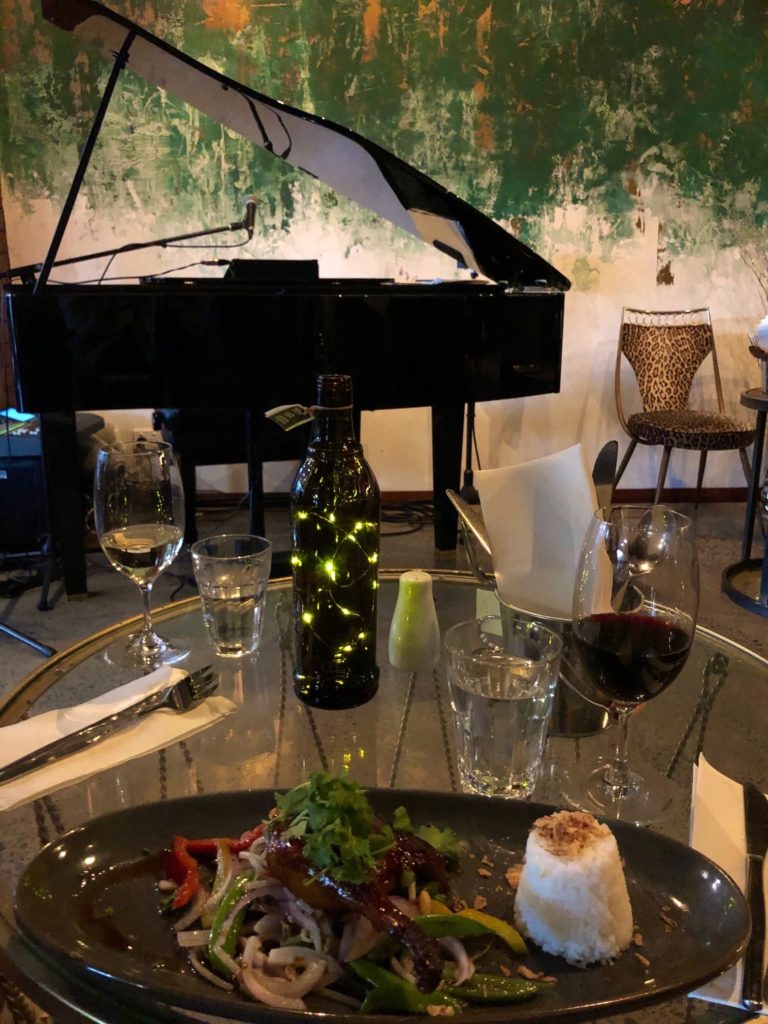 The famous duck at Arc of Iris

The next day we explored Surfers Point, a popular surf beach, and Rivermouth, where the river meets the ocean. We went up the Cape to Cape track next to Rivermouth and enjoyed a nice view over the cliff edge. 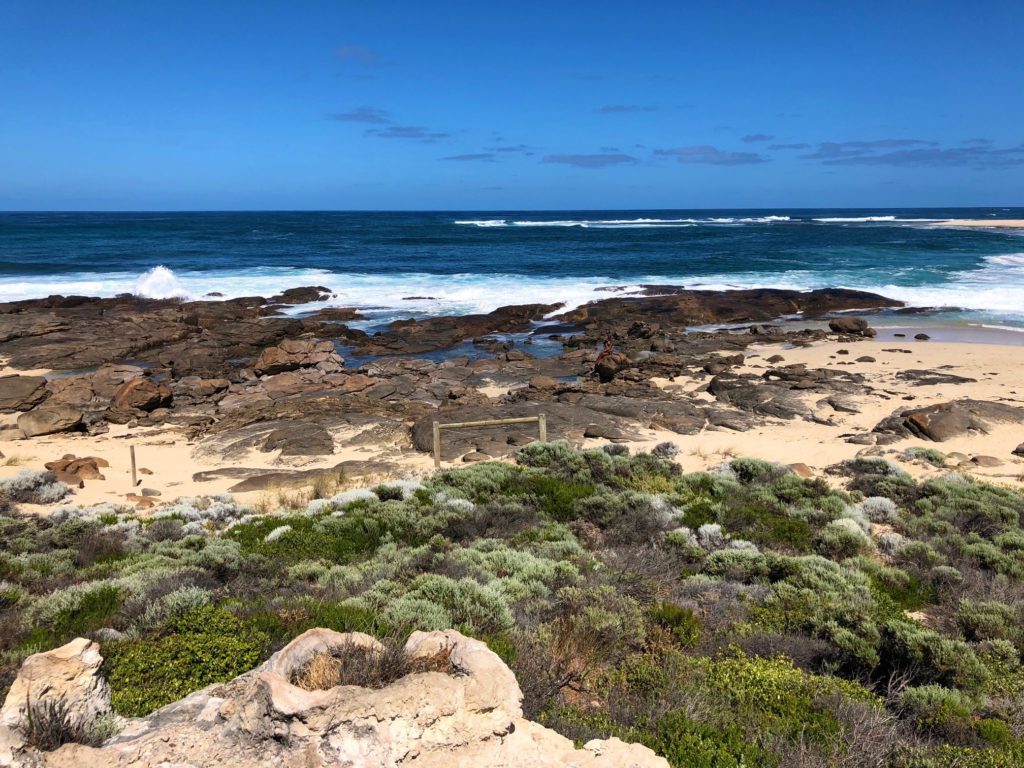 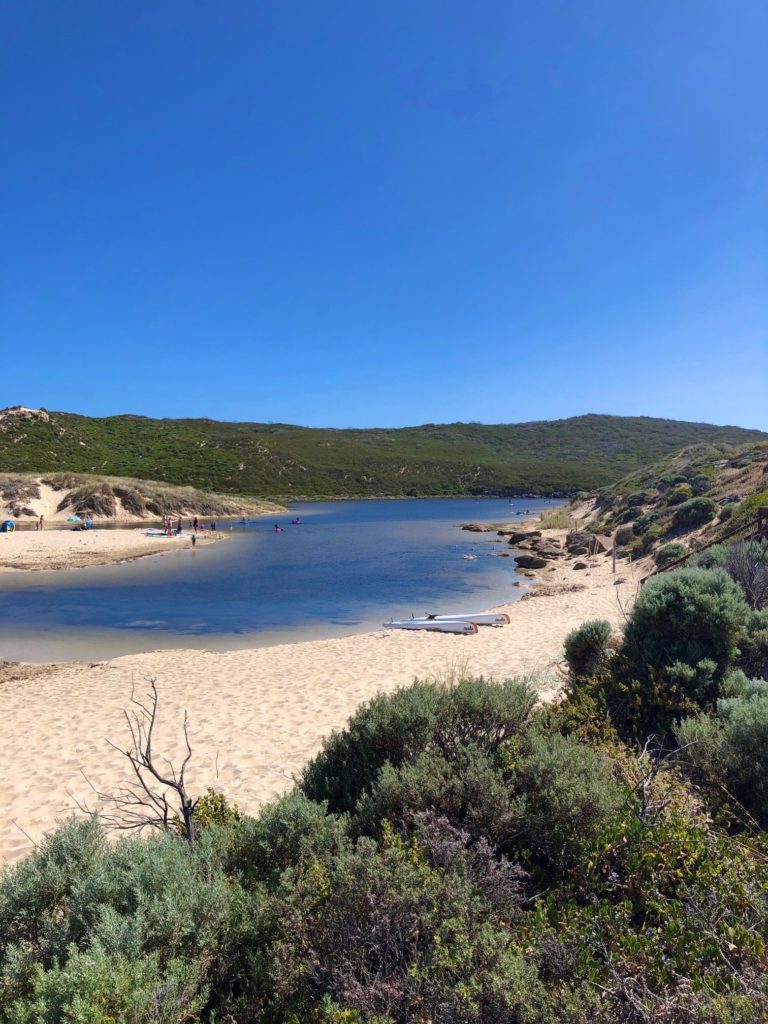 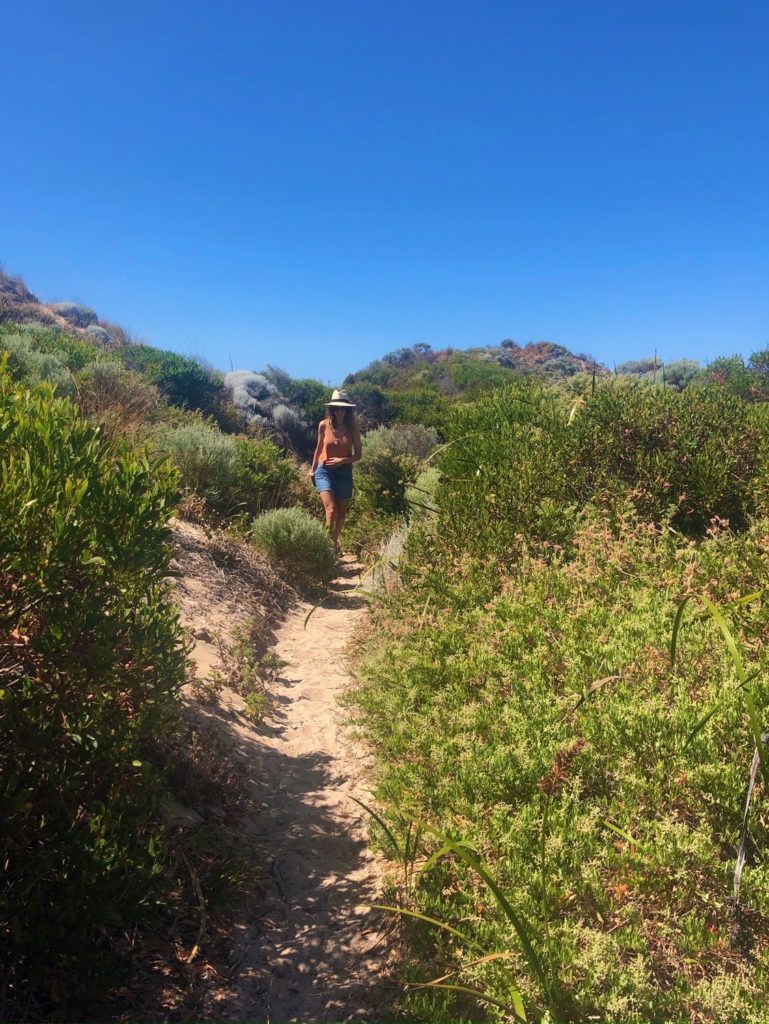 Walking the Cape to Cape 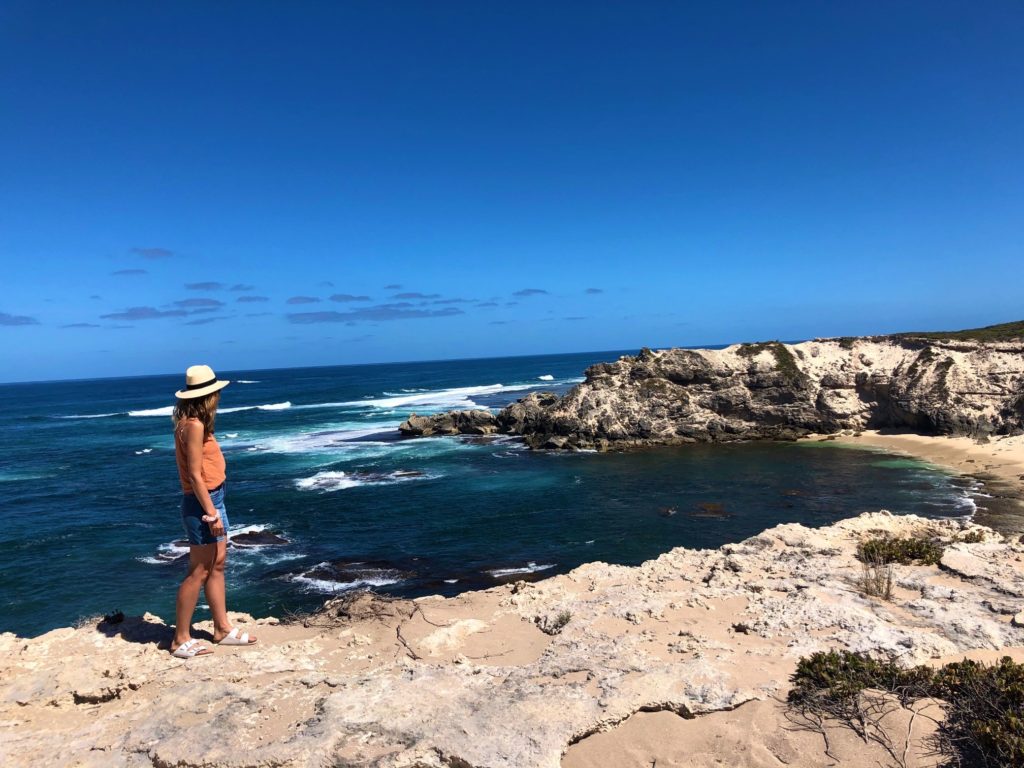 Beautiful views over the cliff

We then went for a swim at Gracetown which was beautiful and flat and enjoyed the view from above. Gorgeous views over Gracetown after our swim

We had a filling lunch at Cheeky Monkey Brewery before getting ready for our New Year’s celebrations. For New Year’s Eve we headed to Caves House in Yallingup for their ticketed event with a line up of live entertainment. As we had pre-paid transport we had to depart town and arrive at the venue quite early so it took a while for the night to get exciting. Lucky we made some friends on the bus to enjoy the time with and the dance floor did not disappoint. 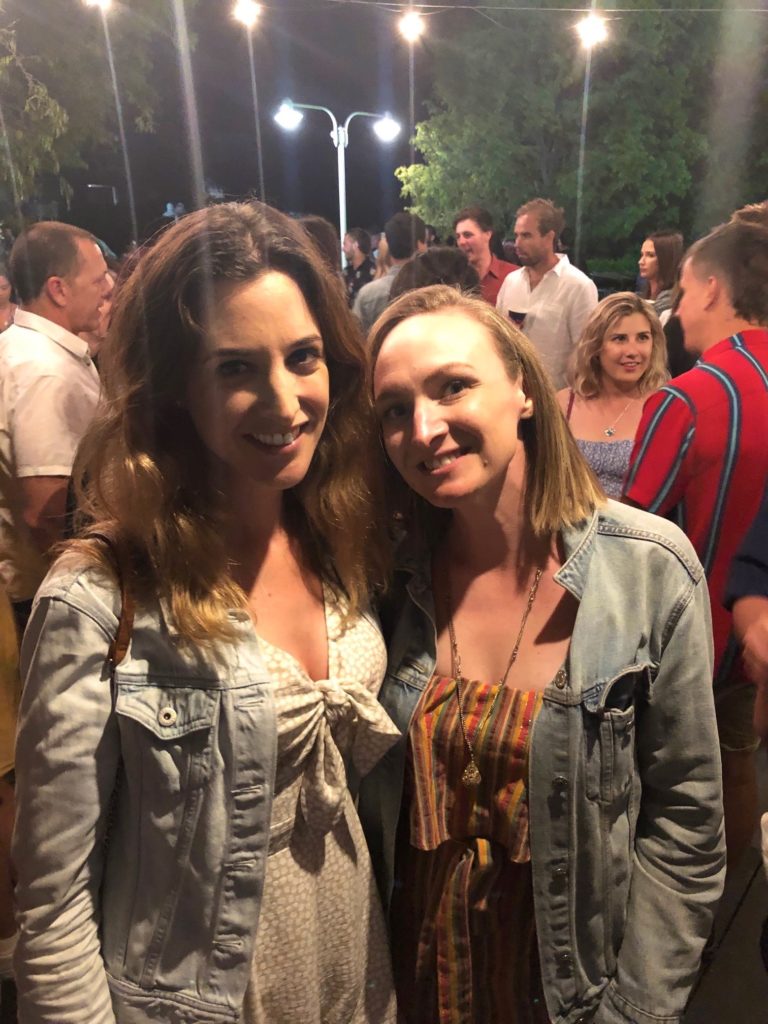 We journeyed back home on New Year’s Day but not before a swim at the pristine waters of Eagle Bay beach followed by lunch at Eagle Bay Brewery which was a gorgeous setting. The stunning and serene Eagle Bay It was the perfect balance to end the year and bring in the new year after a crazy 2019 of moving back to my home state and working long hours for a period of time in the lead up to my career high of opening a hotel.

I’m very excited to focus on holidays this year with Canberra in two weeks to catch up with my Brisbane sisters, road tripping to Exmouth in May and Morocco, Spain and Portugal in July.

Overseas to Singapore Reunited with my east coast sisters

Grateful for wanders had 🧡🌊🙏 #batemansbay

Reflecting on a soulful weekend 💛 #canberra #re