Last weekend I finally made it to Byron Bay with my bestie Amy who was visiting from Perth for the weekend.

And it didn’t disappoint! We loved it from the moment we stepped foot in The Farm Byron Bay for lunch and continued to eat our way through Byron for the rest of the weekend.

We had to wait an hour for a table at the Three Blue Ducks restaurant but wandered around the ground’s farm animals and produce and grabbed a wine in the meantime. The premises also had a coffee stall, bakery, bar, flower market, playground and open grass areas – something for everyone! 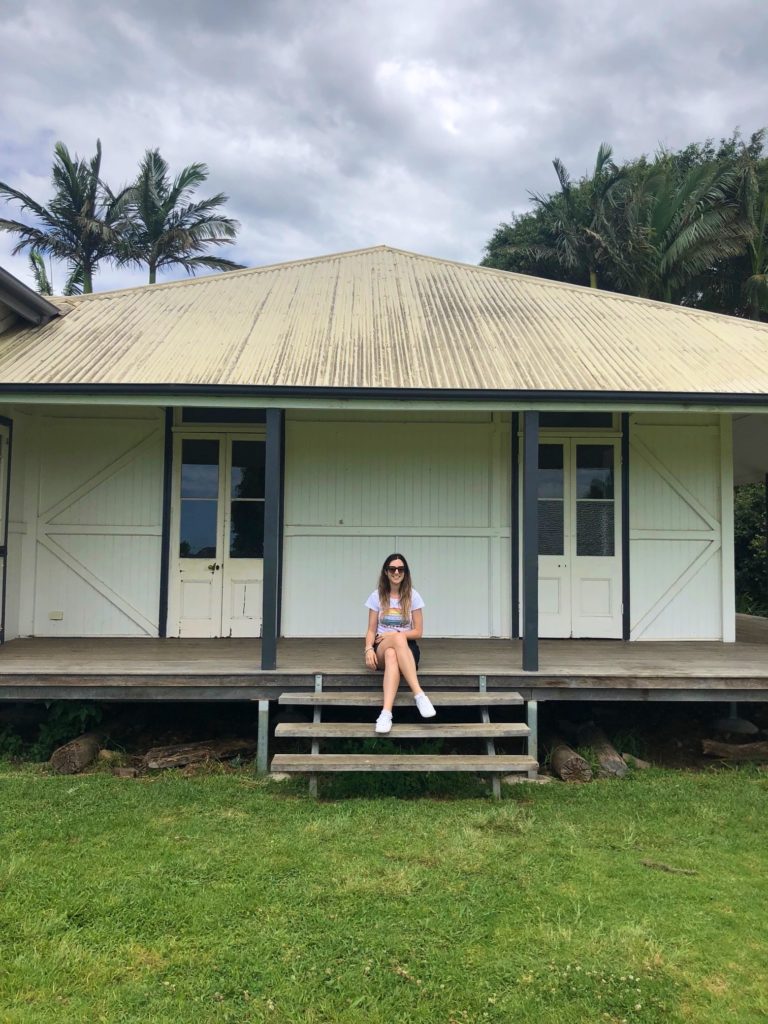 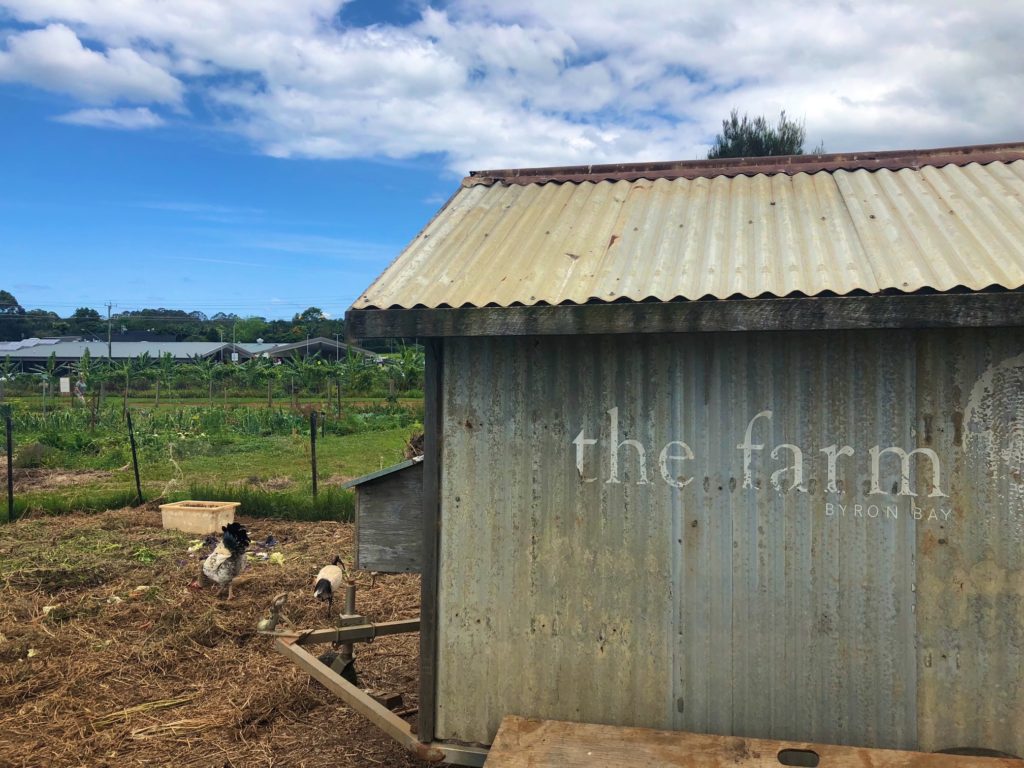 Amy got the miso glazed pumpkin main and I got the yellow curry mussels with some complimentary bread. The flavours and the freshness of the produce were delicious! 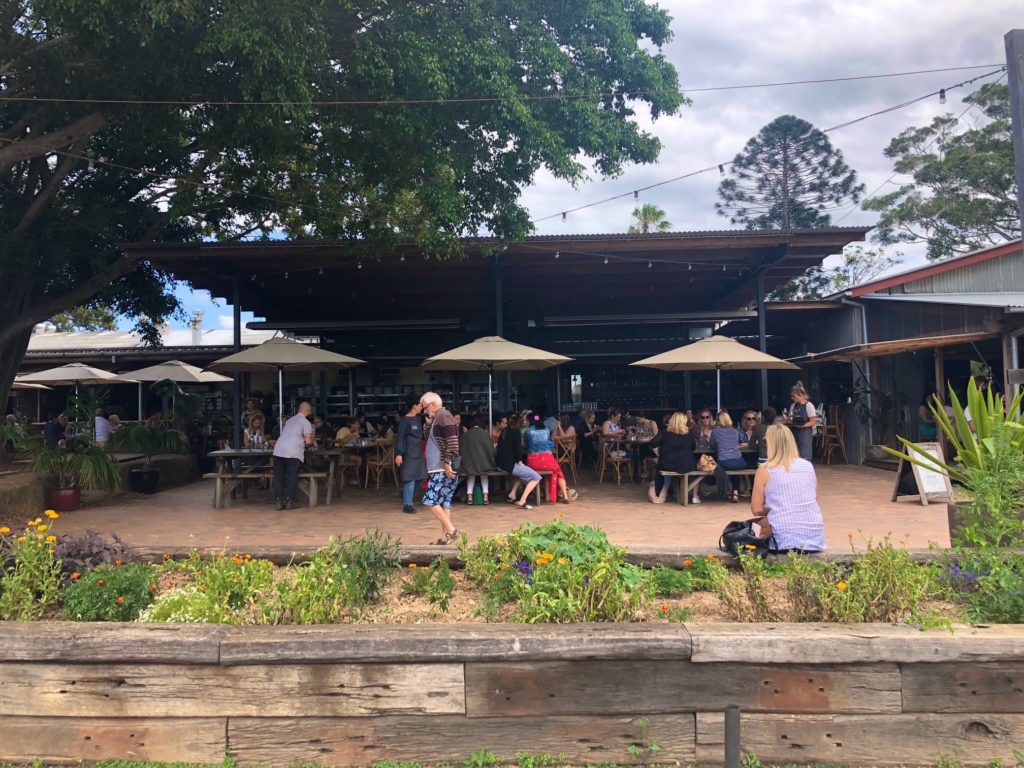 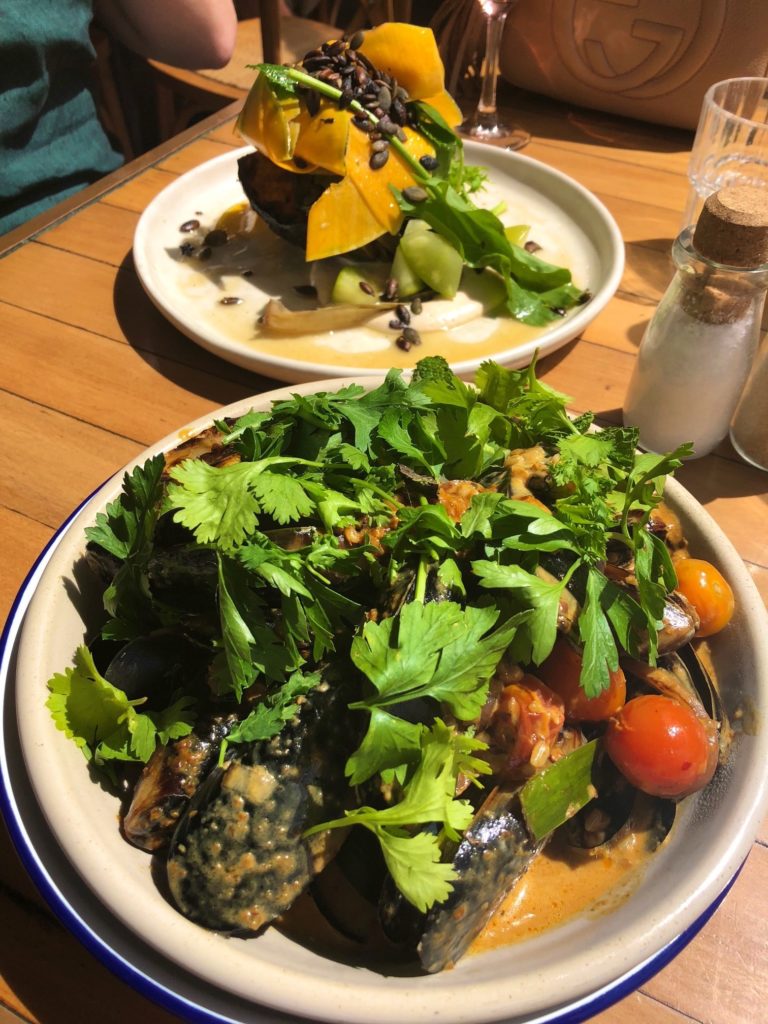 We checked into our room at The Atlantic Byron Bay which was an amazing space. The boutique hotel had four cottage like wings with individual rooms and communal kitchens, dining and sitting areas. There were also outdoor grounds to hang out around a bon fire, under an alfresco and by the pool. There were beach towels, beach bags, surf boards and bikes to borrow. The space was so well styled and laid back and encouraged getting to know the other guests which we liked. 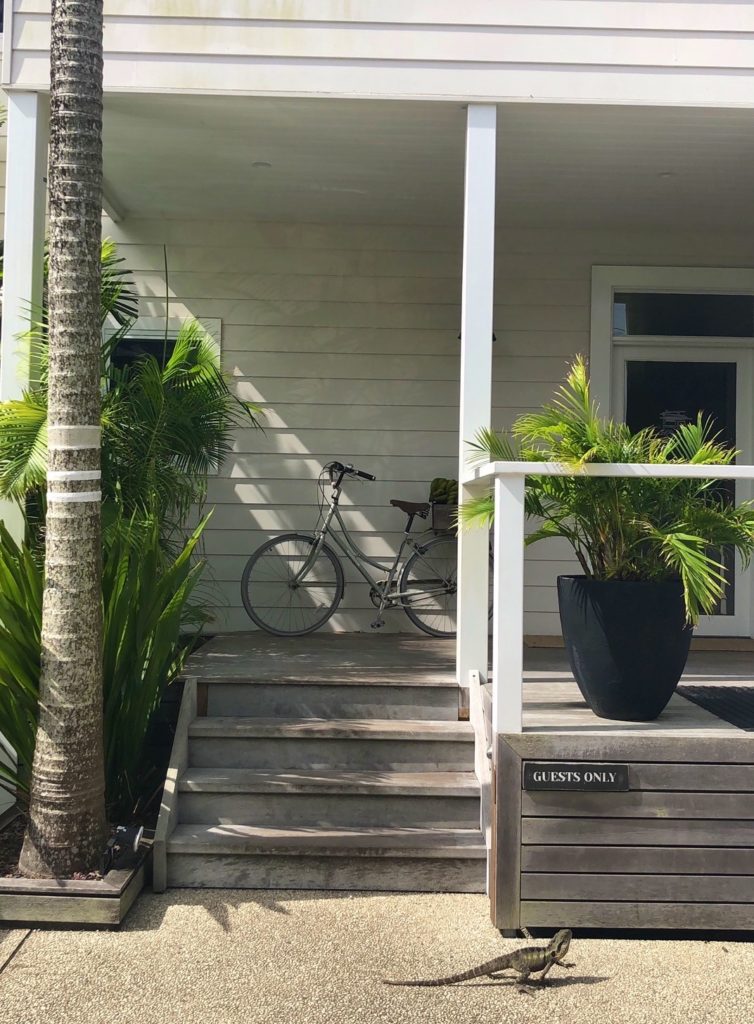 The Atlantic Byron Bay – little bearded dragons welcoming us at all hours! 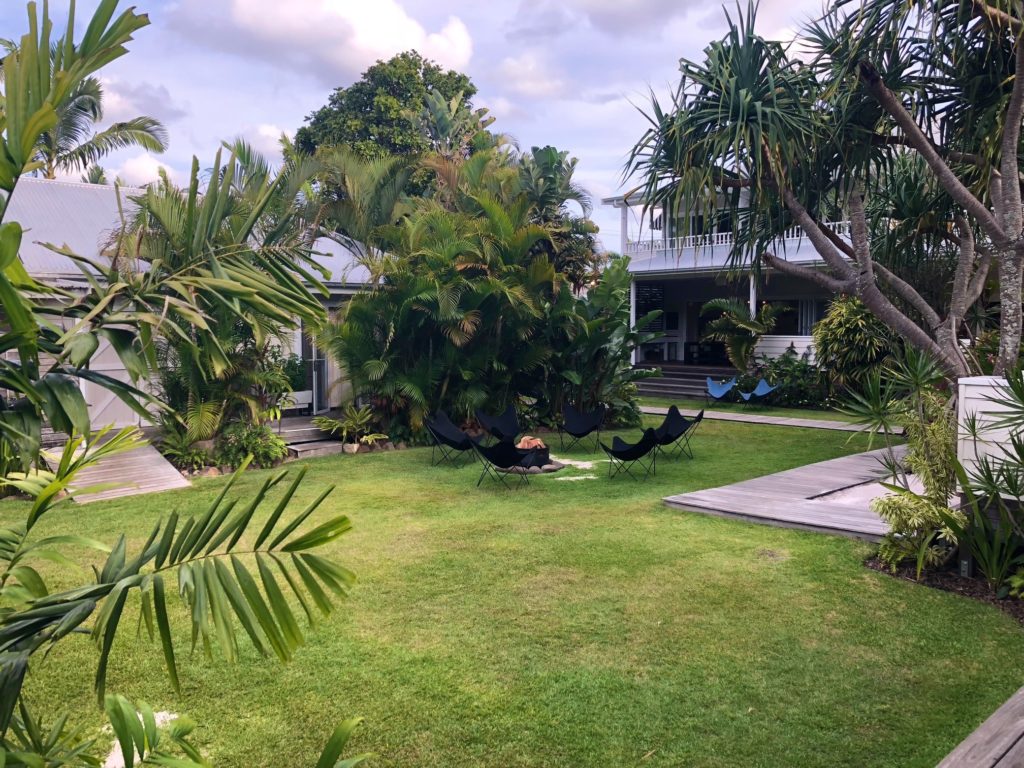 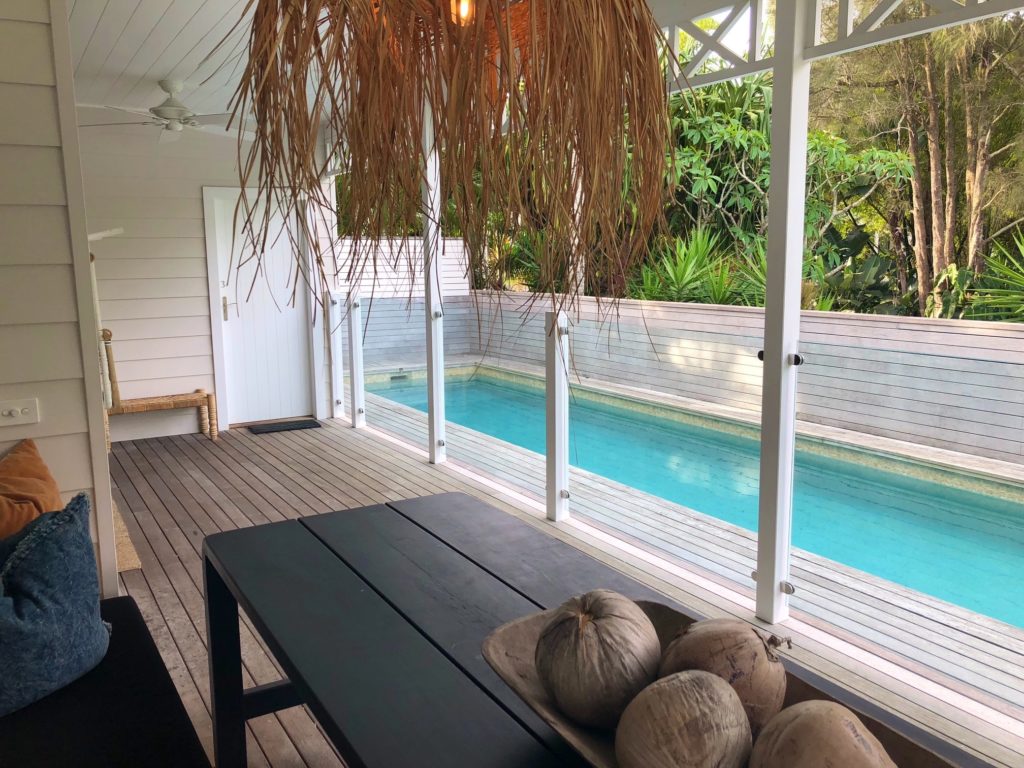 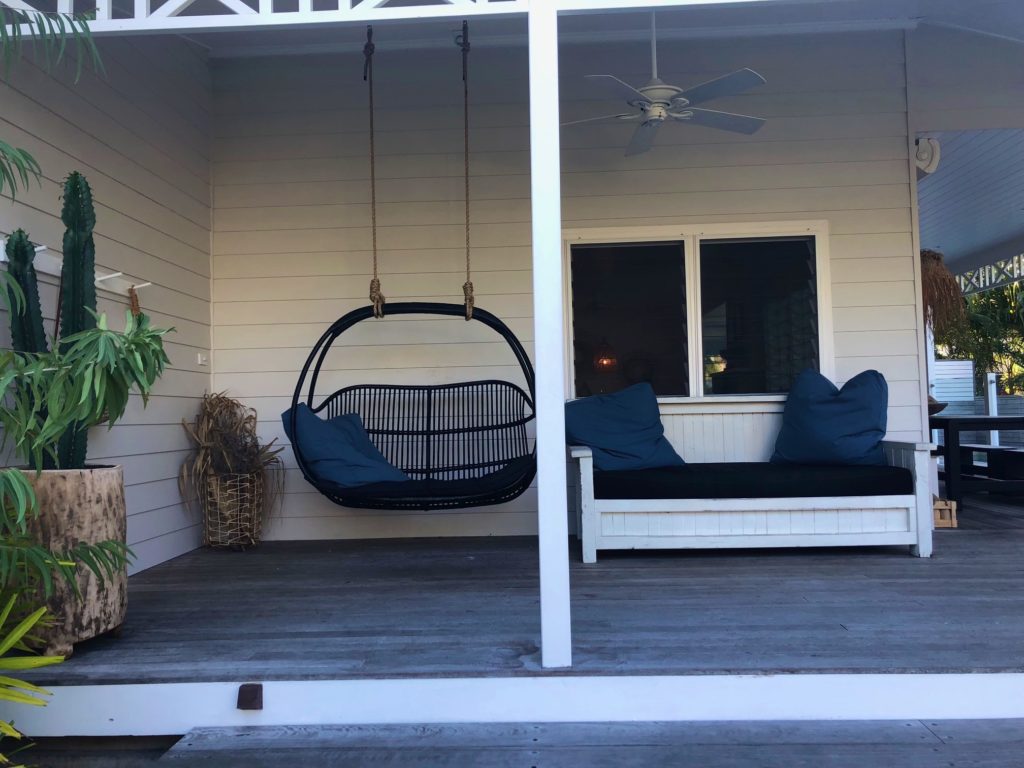 That afternoon we went for a wander along Main Beach before sitting on the grass and chilling for the sunset to the tunes of a local acoustic guitarist. 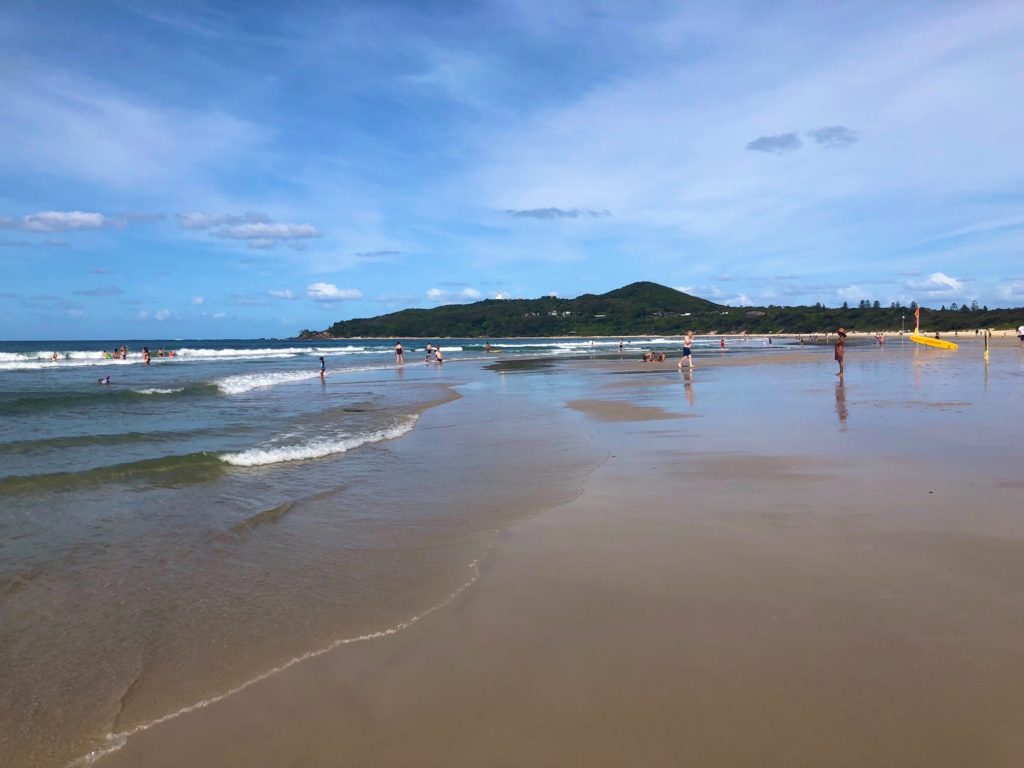 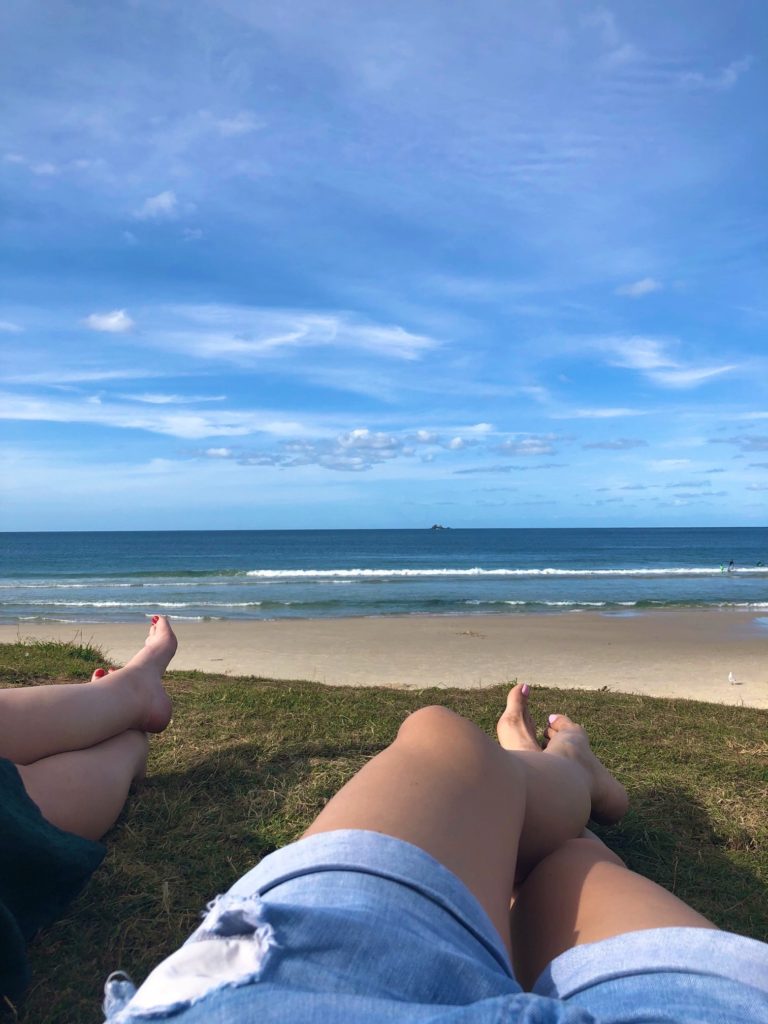 We managed to get a late dinner reservation at St Elmo Dining following recommendations from our hotel and Brisbane friends, so we had a pre-dinner cocktail at The Bolt Hole cocktail and whisky bar. 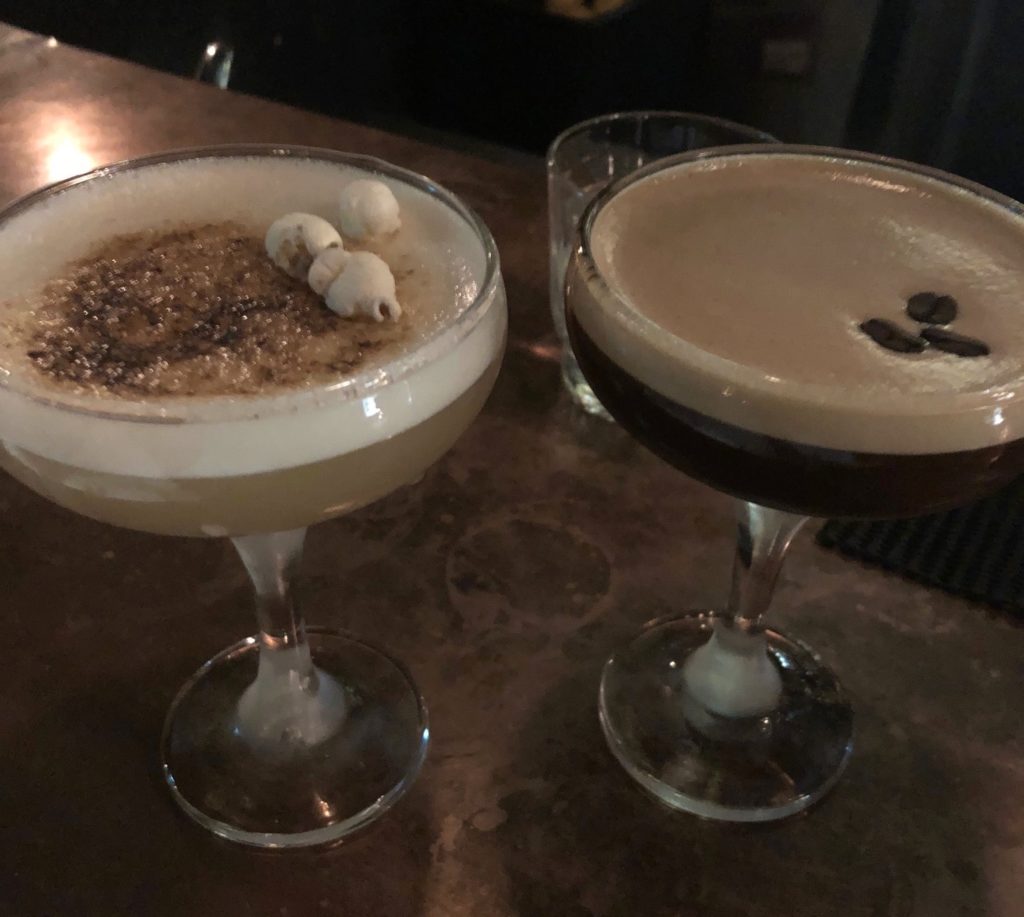 Pop creme brûlée and expresso martini at The Bolt Hole

St Elmo is a Spanish tapas bar with food to share. We shared a bottle of red with the haloumi, ceviche and Jamon Serrano (Spanish ham) with tomato bread dishes. It was all very delicious. Haloumi and ceviche at St Elmo

We then went for a dance at the Beach Hotel which had a band playing late into Friday night.

On Saturday we started the day with brekkie at Bayleaf Cafe. You can’t book so we waited about 20 minutes for our table. It was a difficult choice from the menu but we were happy with our choices of the chilli scrambled eggs and the dukkah poached eggs. 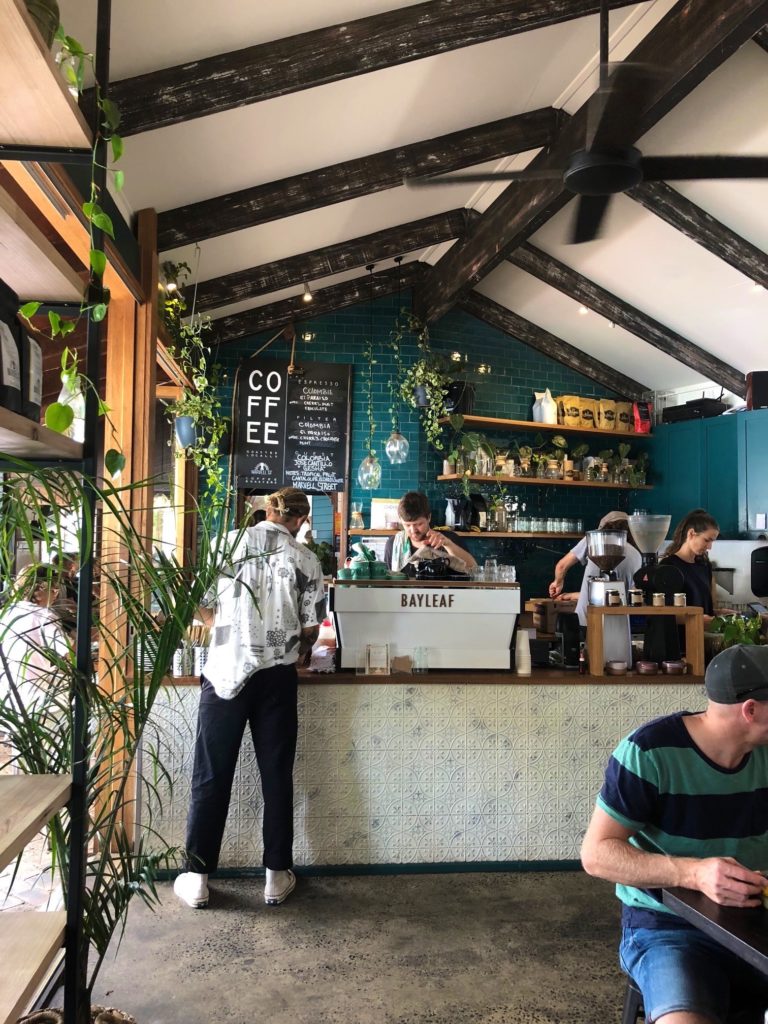 We were then ready for the walk to Byron Bay Lighthouse. We took the walking track through the national park on the way there which was mostly a dirt track on an incline. Once we were back on a main path we walked past the beautiful Tallow Beach and the cliff edges leading up to the lighthouse. 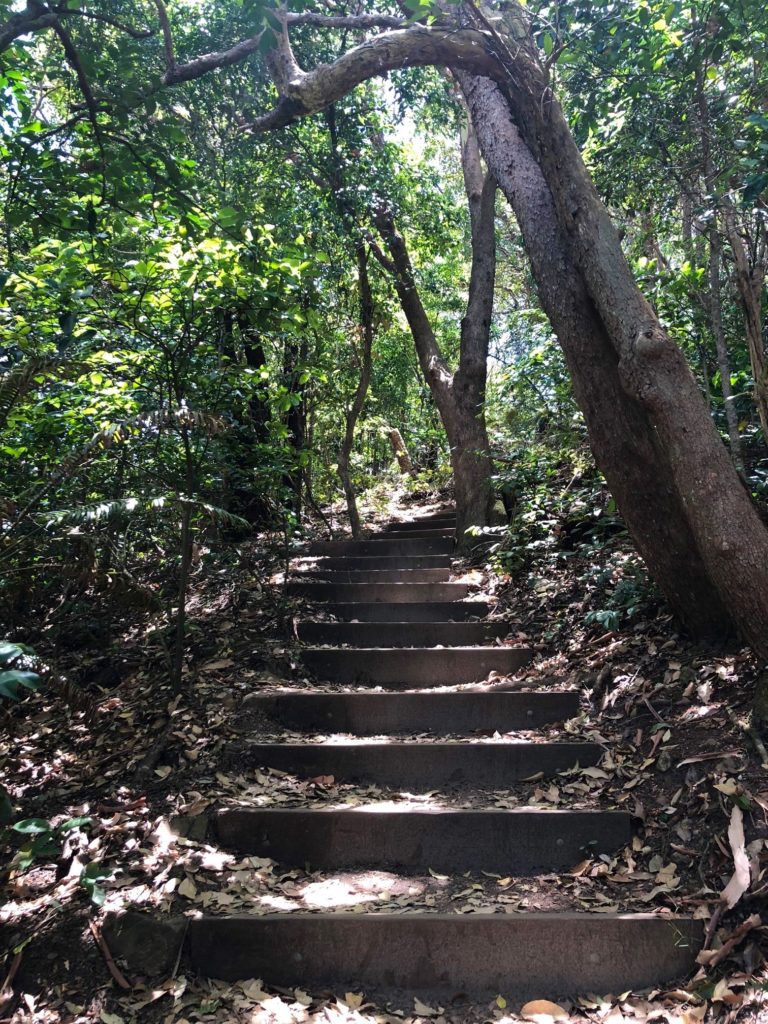 The first of many stairs at Cape Byron 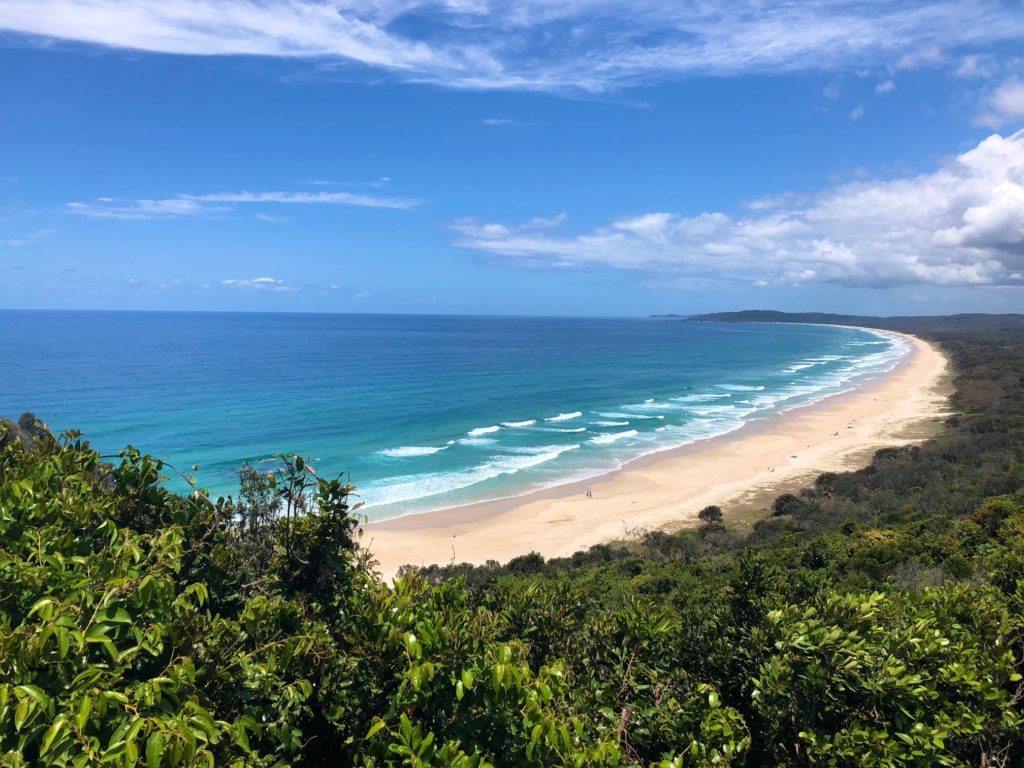 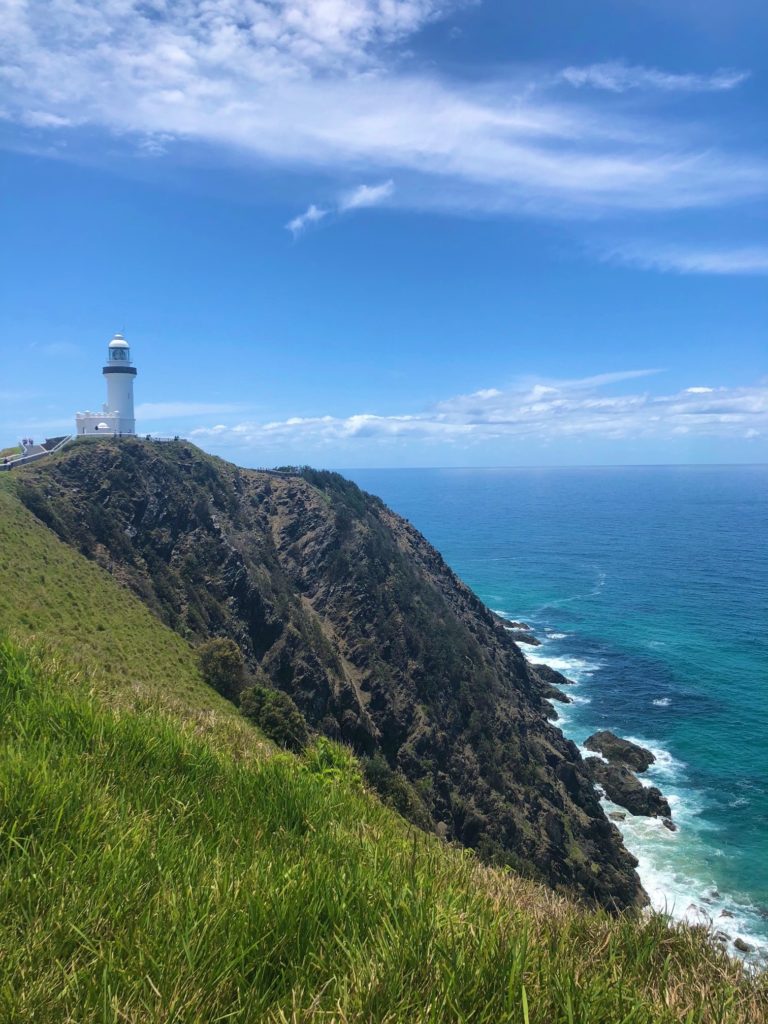 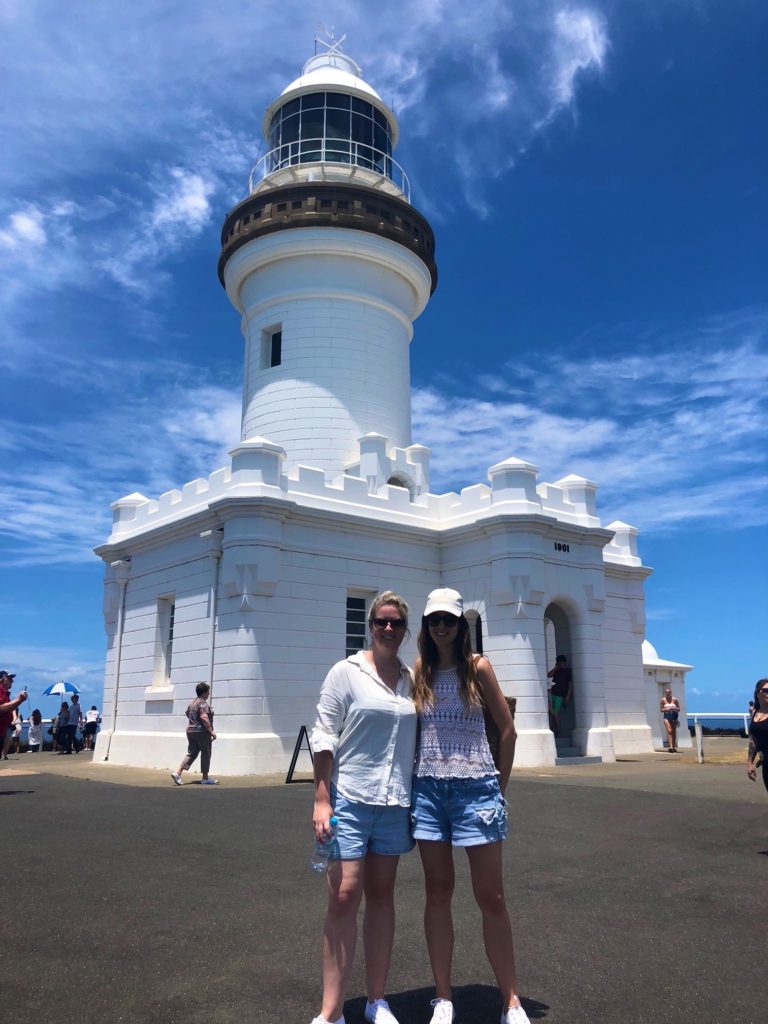 We made it to the top!

We walked back around the other side of the national park reaching the most easterly point of Australia and Wategos Beach where we enjoyed some beach time and a swim, before returning to the town for a late poke bowl lunch and a spot of homeware shopping. 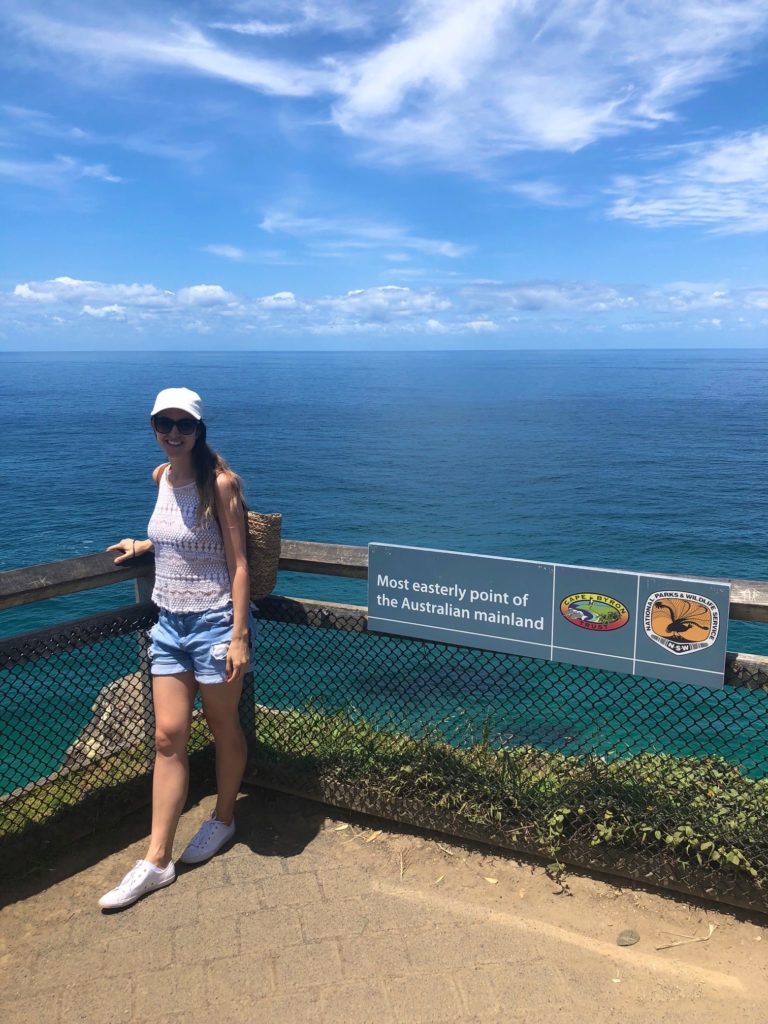 Most easterly point of mainland Australia The view over Wategos Beach walking back to town

That evening it was sunset drinks that continued into the night at the Beach Hotel. The music was good and the dance floor started fairly early much to my happiness. 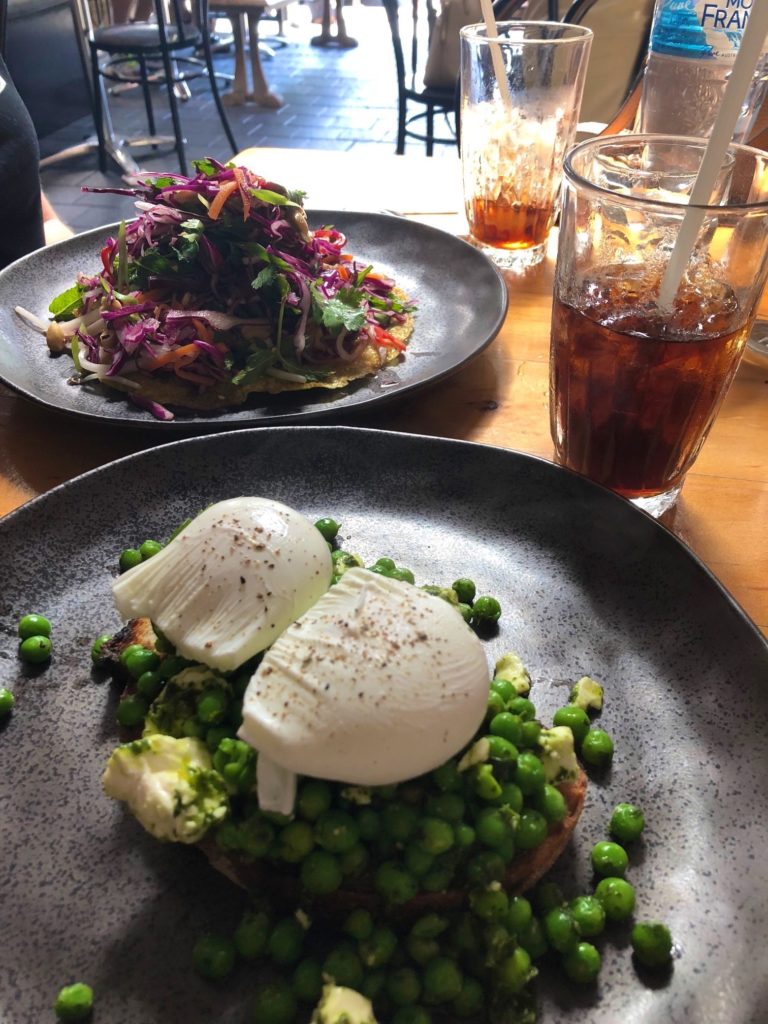 Byron was a perfect mix of laid back personality, delicious food, beachy boutiques, man buns, fun times, beautiful scenery and just so instagrammable! I will be back!

On the drive back to Brisbane we took the coastal route stopping in at a few of the beaches along the way – Cabarita Beach, Kingscliff, Fingal Head and Coolangatta on the Gold Coast. Although you couldn’t see beach the whole time, it was a nice contrast to driving Pacific Motorway the whole way. I’m off to Perth this weekend for a friend’s wedding down south and then back for Christmas and New Years. A little unsure about the wanders in between for now but I’m sure there will be something, after all I won’t be able to do three weekends straight in Brisbane.